Time for the Transcontinental

Time for the Transcontinental Posted on July 22, 20156 Comments

“I’ll be following your dot!” is what everyone keeps saying to me at the moment. They mean the dot on the map, showing where my Spot tracker, me and my bike (assuming we’re all together) are at any given moment during the Transcontinental Race. Here’s a link to the map, if you’re interested. You can watch all the other riders too, see who’s going fast, who’s going slow, who’s lost, who’s ahead of me. I’m told this can get rather addictive, so be warned. Have fun. I’ll be out there trying to forget you’re all watching.

I’m currently breathing deeply through my final hours at home. A friend’s picking me up at 4pm, we’ll drive down to Dover, and I’ll get on a ferry at 8pm. Two hours later I’ll roll off into France (and shortly Belgium), riding through the night to the start. And I can’t wait. It’ll be the moment I shrug off all the inevitable and excruciating pre-trip stress and become a cyclist again – just me and the bike and the road and the sky. I’ll smell the nighttime fields. I’ll ride into the sunrise. I’ll stop and drink coffee in some small Belgian cafe in the morning. And then I’ll arrive in Geraardsbergen, which I expect will smell of fear and look like lycra, since another 200-plus racers will also be arriving that day. On Friday night the race begins.

But I don’t need to rehash any more of my pre-trip fear here. You’ve heard it all before. Instead I’m going to introduce you to the beautiful bicycle that I am very lucky to be taking with me across Europe. 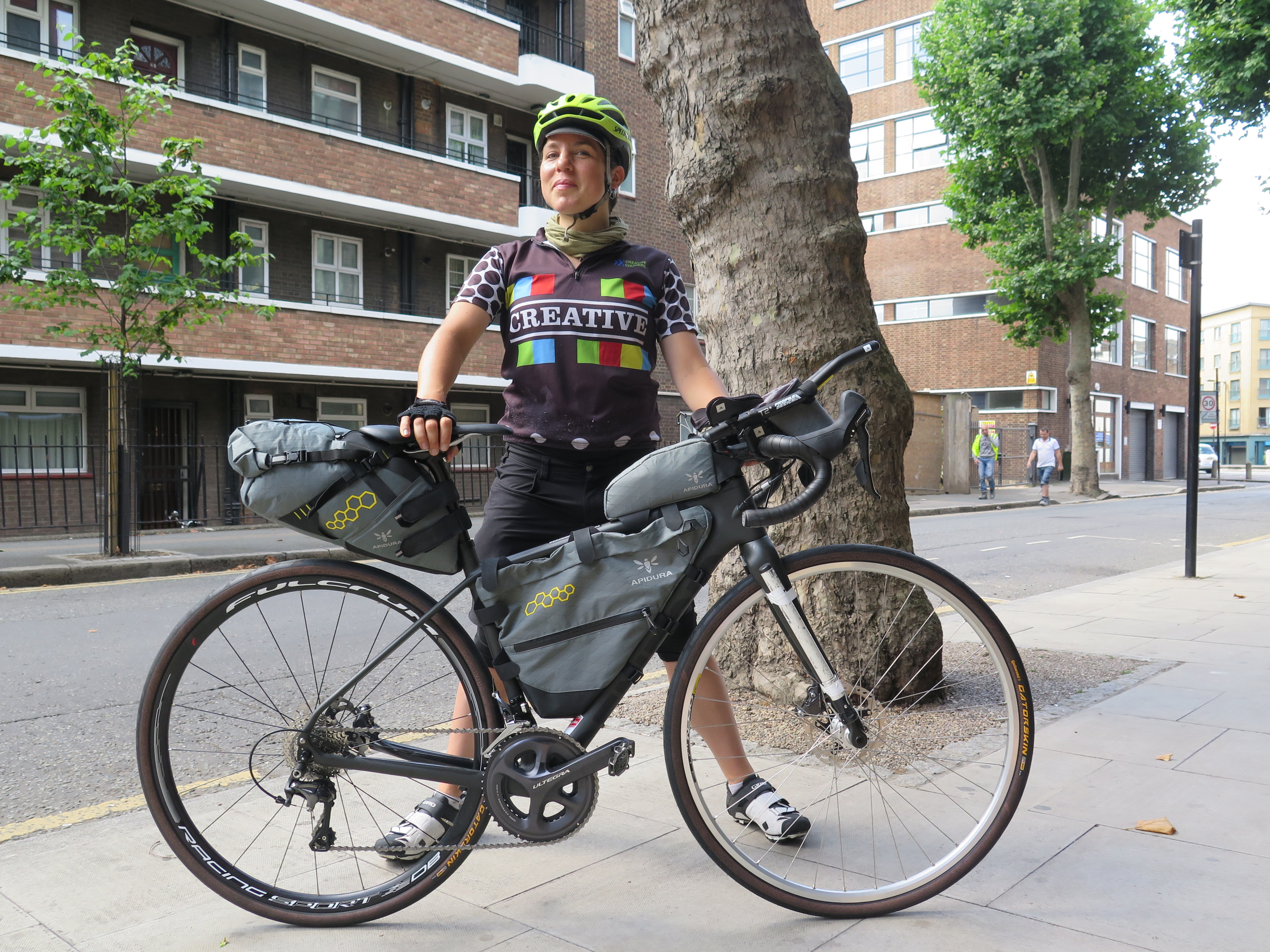 You can read a more detailed description over on the Genesis blog, here. Suffice it to say, it’s a bike that could have been designed for the 2015 Transcontinental. The evil genius that is race director Mike Hall took great delight in messing up everyone’s road bike plans by including a gravel section between Sestriere and Susa in Italy, which meant a lot of us have had to make some difficult decisions (and inevitable compromises) regards builds and tyres and clearance. But Genesis kindly took this out of my hands. The Datum is as fast as any road bike – in fact, it’s notably faster than the Zero.4 I did most of my training on, so much so that the first few times I rode it I felt like I had a tailwind both ways, and was convinced this constituted an unfair advantage. But it’s perfectly happy to go off road if you ask it to. It has massive clearance (I’ll be riding 32mm tyres and carrying a Panaracer Gravelking for the Strada dell-Assietta), and it’s a surprisingly comfy ride – which I’m sure I’ll be glad of this time next week.

Oh my god, this time next week.

So I’m going to leave you with that for now, and a promise that you’ll hear more in due course, although I’ve no idea how regularly I’ll be able to keep in touch during the race. I definitely won’t be updating my blog, but I may find time to post on Twitter (@emilychappell) and Instagram (@emilyofchappell). On the other hand I may not. You can follow the official Transcontinental Facebook page, and their Twitter account is @transconrace. If that’s not enough for you that I’d suggest you consider stepping away from your laptop and entering the race yourself next year.

And finally, I need to say a round of thanks. Everyone keeps telling me that I’m a winner for even making it to the start line, and I know for sure this dubious victory would never have been possible without a lot of patient friends, faithful supporters and generous sponsors, who have gone to considerable time and trouble to get me ready for what lies ahead. This isn’t by any means an exhaustive list, but THANK YOU to Alby from Genesis, THANK YOU to Tori from Apidura, THANK YOU to the wonderful people at Brixton Cycles, who have worked miracles, THANK YOU to Jenni from London Bike Kitchen, THANK YOU to Simon at Cadence, THANK YOU to Broken Spoke in Oxford, THANK YOU to my friends at Vulpine and Alpkit and nuun, THANK YOU to all the people I’ve rudely forgotten, and THANK YOU to all the friends who have given me so much support over the last few weeks, be it material, technical, emotional, psychological, nutritional or alcoholic. Without you this ride wouldn’t be happening, and whatever it now becomes, you will be a part of it. Thank you. 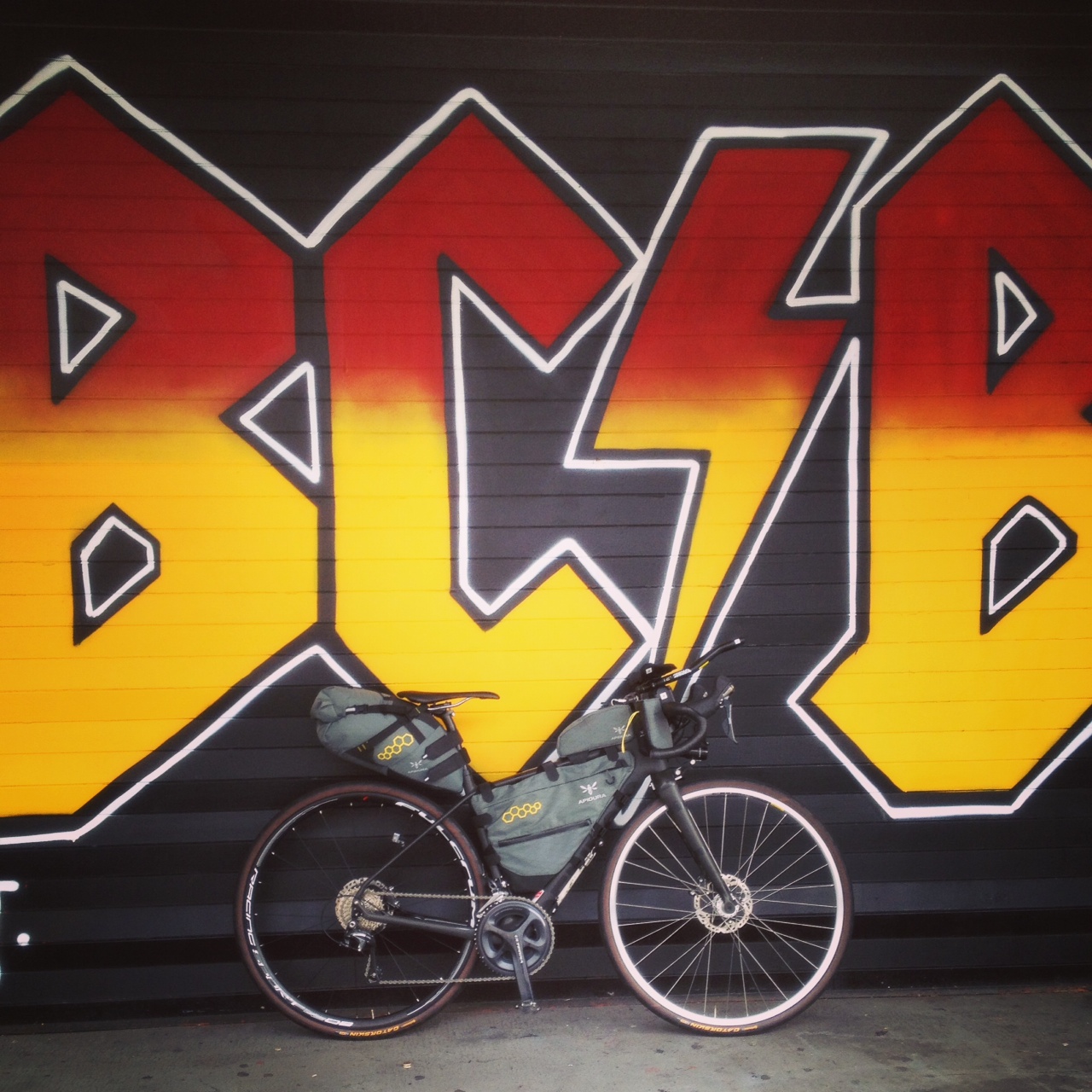 Previous Article See you in London?
Next Article A brief update