Posted in off the road people restless spinster soulsearching

I’m not depressed any more. And hopefully I won’t be for a very long time, although I won’t be so naïve as to claim that I’ve beaten the disease into submission forever. And life with all of its colours and its contours restored is a very lovely place indeed. 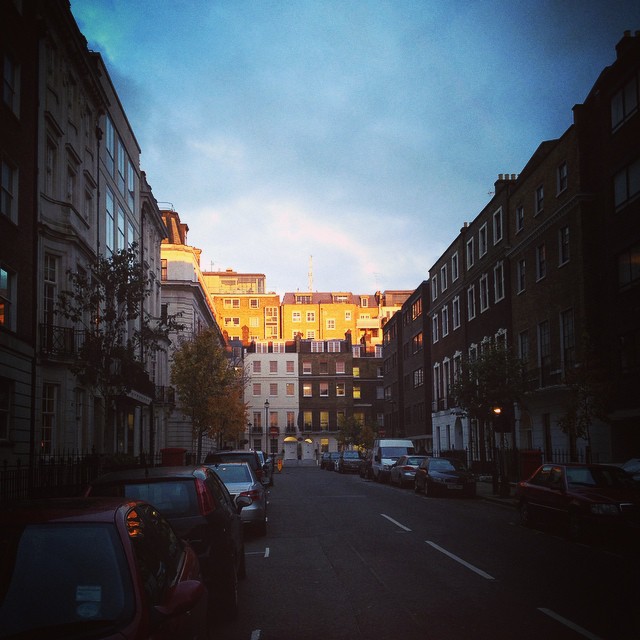 But it’s not all plain sailing. Something I’ve realized, during long self-involved conversations with fellow sufferers, is that your problems don’t magically disappear when you’re no longer depressed – it is then, in fact, that you find the strength and the stamina to face up to your mental housekeeping, and to make a start on tidying up all the ragged strands that blow about the inside of your head – no matter who you are – in the normal course of life.

So now I am mostly happy, and full of my characteristic joie de vivre, and bubbling over with excitement about the future, and all that I’m going to cram it with. But I’m still very aware of all the problems that threatened to overwhelm me when I was ill. They’re nothing special really. If I listed them all, you’d probably find you shared at least half of them. There’s the seam of self-doubt that runs through everything I do, no matter how well I do it. There’s the intermittent low-key body issues, that like every good feminist I’m embarrassed even to admit to. There’s the frequent failure to accept that I am a (reasonably) normal human being, who will be loved for what and who she is. There are all sorts of others, too weird, or too private, or too ill-articulated to mention here.

Written down it all sounds rather dismal, but it really isn’t at all. Most of the time these problems are background noise, if that. Sometimes, especially when I’m tired or hormonal, they come to the fore. Once or twice a year I have a mini-meltdown. But this is rare. More and more often, I find myself taking on the voice of the counsellor I saw last year, patiently and methodically talking myself through my issues, reminding myself that it’s OK, and that I’m OK, and gradually coming around to new ways of thinking and being. I suspect this is what you’d call good mental health. (Because everyone has a few problems, don’t they? If you don’t, then you know you’re repressing something.)

I’ve been to three very different events in the past week, which have helped to throw my recovery into relief. The first was a very glamorous press launch in a North London bar I would never have considered myself cool enough to set foot in. I was booked as a speaker, but felt unavoidably out of place among the other guests, all of whom were TV types with white teeth and shiny hair and modelling contracts. I enjoyed myself on the night, but my self-esteem suffered what felt very much like a hangover the following day and, embarrassed though I was by my crisis of confidence, I found myself talking about it to anyone who’d listen, re-enacting the awkward way in which I’d grimaced on the edges of all the photos, trying as hard as I could to twist the experience round into something I could laugh at, convincing myself, by sheer repetition, that it was ultimately OK, that I don’t want a glitzy TV career anyway, that I want to be a writer, and that I know I can do that, so why worry about the things I’ll never be good at?

The next event – Explore at the RGS – was an entirely different affair. Explore is an annual conference where novice explorers get to mingle with more seasoned adventurers, and where the seasoned adventurers themselves, who spend the rest of the year scattered about the globe, admiring each other’s blogs from afar, actually meet in person. I first attended in 2010, only a couple of weeks after I’d decided to cycle round the world, and spent most of the weekend feeling like an over-ambitious fool who didn’t have a clue what she was doing. (I’ll save the tales of embarrassing things I said to impressive people for another time.) For those returning as speakers, there’s the sense of a family reunion – not only do we all know each other via our modest internet fame; there’s also a strong sense of being amongst the only group of people who understand one’s own particular brand of madness. (I have similar feelings about my ‘real’ family, and the gay scene, and the international cycle courier community.)

The weekend was inspiring, exhilarating and magical. It was also intensely exhausting, especially for someone like me, who spends most of her time alone and isn’t used to talking non-stop from dawn till dusk. Curiously though, because of this sense of being among friends, and probably also because the flood of emails I received in the wake of my confession last October told me that I was by no means the only explorer to have experienced mental health issues, I found myself almost entirely uninhibited in sharing how I was feeling when people asked.

“Gosh, yes, I’m struggling a bit – all these people are just exhausting!” I’d gasp, and then disappear off into another half-dozen conversations, each one only ending when I spied another long-lost friend or hero in the crowd, delightedly pouring all of my energy into the day, aware that I’d have almost none left by the time I got home. Once or twice I found a quiet corner in which to catch my breath, or sat beside a friend and told them I wouldn’t talk to them, I just needed to be silent for a while.

And no one seemed to mind. There were none of the awkward pauses I’d have expected when telling people of my struggles, which perhaps just speaks very highly of my fellow explorers.

Towards the end of the weekend I chatted with K., whom I vaguely remembered meeting the previous year. She had just returned from several months in the field, and was still barely over the culture shock. It was better, we both agreed, to talk about this – especially since almost everyone in the room would have had the same experience at some point. I told her of my difficult reacclimatization, and my struggles with depression, and the constant underlying fear that everyone would despise me if they found out.

Quite the opposite, K. argued. People like you more if they know you have flaws. It’s very difficult to warm to someone who’s apparently perfect. Perhaps, she went on, we should even disclose our flaws to people as we’re introduced to them.

“Hello, nice to meet you, I’m Emily. I sometimes talk too much, I’m quite lazy, and I suffered from depression for a year when I came home from my big trip. That kind of thing?”

We both laughed, and then somehow she was swept away by the tide of people and I didn’t see her again.

This evening, I had the great privilege of attending the Mind Media Awards (which “celebrate the best examples of reporting and portrayal of mental health”). Again, there was the sense of a family reunion, of being among friends. Almost everyone in the room, I guessed, despite how glitteringly successful they looked, must have some direct experience of mental illness, either their own, or that of someone close to them. Occasionally my depression came up in conversation, and I didn’t have to worry so much about what people would think – they had often been there themselves. One of the award winners started his speech by saying “I suffer from anxiety”, and we all exuded love and sympathy to get him through it. Another burst into tears on stage, and we applauded while she composed herself. The final award winners were three mothers whose sons had lost their lives to PTSD after serving in Afghanistan. As they spoke, I cried, feeling powerfully and poignantly that their sons ought to be standing there with them. Everyone else must have felt the same, because we all rose to our feet to surround them, and clapped and clapped and clapped until long after they’d left the stage. There was no longer any shame in talking about what we’d been through – instead there was only pride (that we’d survived it), and relief, that acknowledging our depression really wasn’t as bad as we feared it might be, that it doesn’t swallow up your whole personality, that there is still room for humour, and for joy. 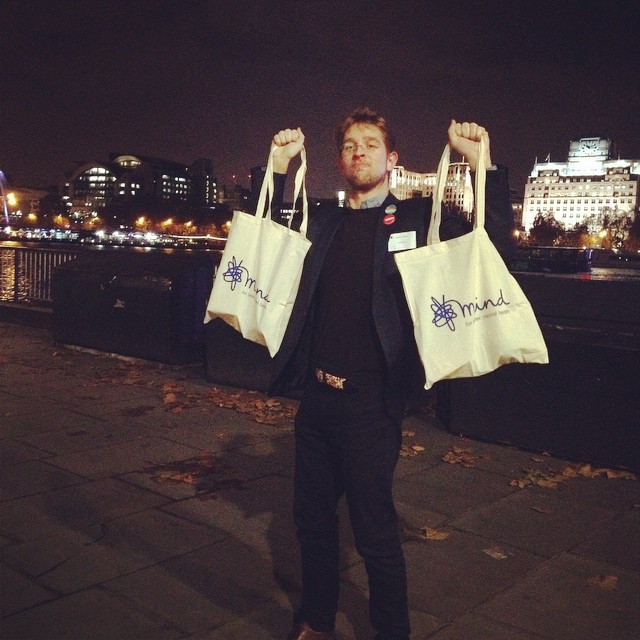 And then I left the building, and lingered for a moment on the Southbank, with one of my oldest friends, gazing triumphantly out over the dark river to the glowing buildings on the other side, and thinking of all the life I’d lived on just this patch of the earth, and how much more was to come. And then we walked past the Royal Festival Hall, and I remembered seeing a ballet there the very first time I’d been in London, with my grandmother, when I was still a child, and would never have been able to imagine the person I am today. And then I got on my bike and flew home through the deserted streets, still drunk enough to sit and write this, and probably also drunk enough to post it before I go to bed.

Previous Article The opposite of paranoia
Next Article Winter in waiting