Posted in bicycle on the road

The last of China

I made it, of course. I always make it, one way or the other, no matter how frequently and sincerely I sometimes believe I won’t. 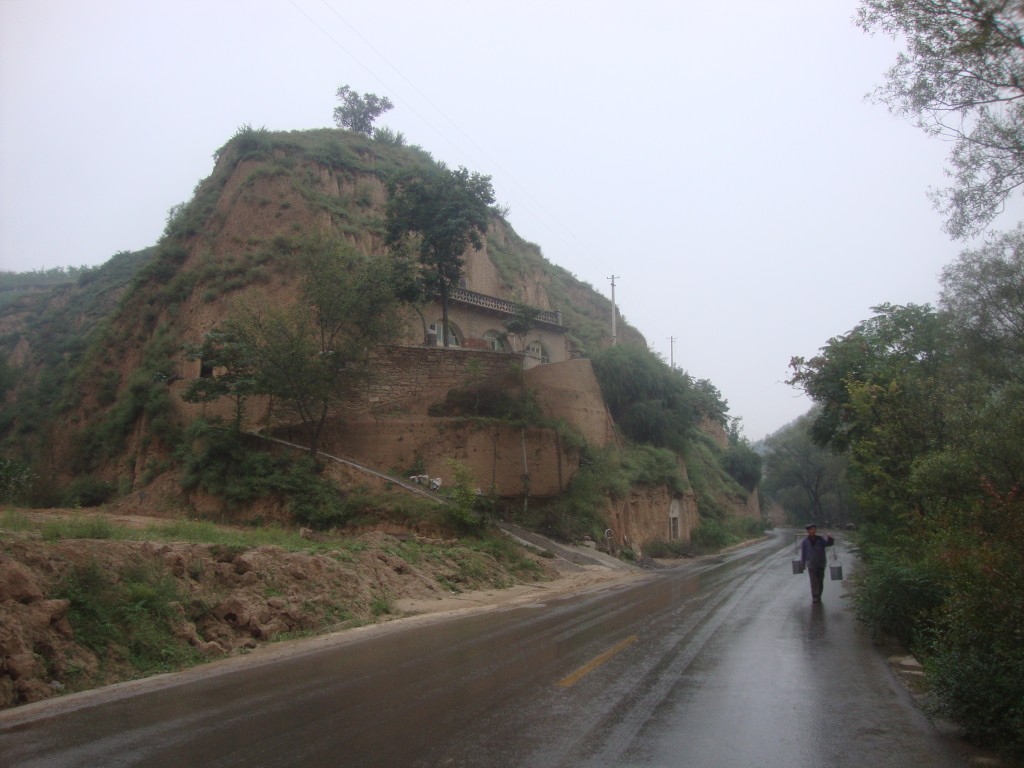 And it ended up being more than 90 miles a day. According to The Routemaster, I averaged just over 101 miles per day for the first 10 days, and I can safely say it was a lot more than this, given the several hours I spent getting lost at various points (most notably the whole morning of pedalling and backtracking it took to find my way out of Taiyuan, on day 8).

Let’s not pretend I’m not rather proud of myself. But I’m also even more in awe of those superhuman cyclists who rode up to 200 miles a day to break the world record. It’s become fashionable to denigrate their achievement, and argue that cycling 18,000 miles round the world in a mere three months is a tragic waste of opportunity – what could they possibly see of the cultures they pass through in that time? But curiously, the longer I’m on the road, the more I find I admire them.

For one thing, 100 miles per day was right at the limit of my abilities. With my current strength and fitness and bicycle, I could not have gone any further, let alone twice as far. I no longer believe that anything is truly impossible physically, but I still have a very long way to go before I could even consider competing with such titans.

Another thing I hadn’t considered was how challenging all the peripheral housekeeping tasks become when you’re spending so much time in the saddle. For 11 days I did little other than ride, eat and sleep. It took me a week to get round to cutting my fingernails, because, subconsciously, I felt I just couldn’t spare the five minutes it would take. Whenever I stopped I would rest for the duration of a pot of noodles or a packet of biscuits, and then get back on the road again as soon as I’d finished eating. Not a moment was wasted in idleness. I managed to wash my shorts every couple of days, only because I knew I’d be afflicted with excruciating saddlesore if I didn’t. I survived on an inadequate diet of instant noodles, biscuits and fruit, and built up a calorie deficit that I’m now eating non-stop to try and replenish.

This unhealthy lifestyle was just about manageable for a two-week dash, but there’s no way I could have kept myself going for much longer. It’s made me realize that a large part of the stamina required by these ultra-long-distance challenges is the ability to sustain one’s health, nutrition and (of course) morale. It all takes energy that might otherwise be used for cycling, but time spent on sleeping, washing and eating is ultimately just as essential as time spent pedalling.

Even though they seem to be rather separate entities, Guinness currently makes no differentiation between a fully or partially supported ride, and a completely solo one.

After the last two weeks I can fully appreciate this distinction. Having someone to source and prepare my food, wash my clothes, maintain my bicycle and arrange each night’s accommodation (even if it was just pitching a tent), leaving me nothing to do but ride, would have made an enormous difference. Not only did all this personal admin eat into my riding time – it also deteriorated the tireder I got. If you’ve just cycled for 14 hours, the last thing you want to do is buy and cook a balanced dinner, or even just go to the effort of finding a restaurant, overcoming the language barrier to order food and then wait for it to turn up. So you buy a pile of junk food from the nearest petrol station, eat it as fast as you can, and then go to sleep. (My appetite disappears when I cycle this much, so I was just cramming in calories to shut my stomach up for a few hours, rather than eating to nourish my body.) After a few days of this you’ll be even tireder, which means you’ll ride more slowly, which means you’ll have even less spare time and energy to look for food, and so it continues. As I discovered two years ago, when burning out as a courier, exhaustion is an endless downward spiral – it doesn’t stop you in your tracks, it just makes you slower and slower and slower and slower, and progressively robs you of everything in your life apart from the interminable, mindless push forward.

It was the exhaustion, as much as the need to be cycling all hours of the day (and sometimes the night too) that ended up depriving me of a lot of the ruminations and encounters that usually make up my cycling-round-the-world experience. I spent no time contemplating the universe from the tops of mountains. I forged no meaningful relationships. I took a grand total of nine photographs. I had planned, when I finally made it onto the ferry, to stand poignantly on the deck, watching the coastline of China disappear as I had watched the cliffs of Dover disappear a year previously, and thinking profound thoughts about the end of my first continent, and how far I’d come in a year – but instead I just found my berth, curled up in my stinking clothes and went to sleep. By the time I woke up the ferry had sailed, and China was long gone.