What do you do if you can’t find a toilet anywhere, and have no toilet roll, or water?

I try very hard not to let this happen. Iran and Pakistan turned me into an obsessive filcher and hoarder of toilet paper (I worry this will continue when I get back to countries where it’s readily available, and I’ll get funny looks when I continually raid the tissue dispenser), and I’ve learned to use the loo whenever one’s available, even if I don’t need to go at the time. That said, some of them are so unpleasant in this part of the world that it’s nicer to find a private spot out in the fresh air. 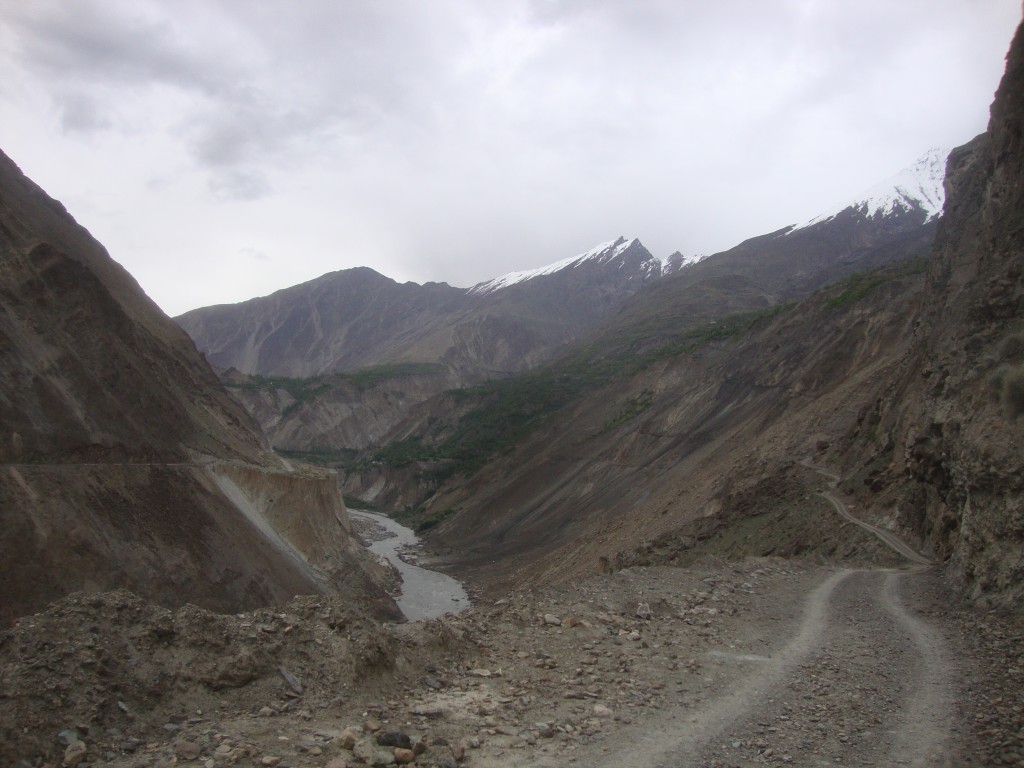 Is the world feeling any bigger, or smaller, on account of your travels?

Both, as it happens. In London I was always running into friends in the street and discovering unlikely connections between people I knew from one corner of my life and people I knew from another – but this was obviously because I lived a busy life on a small island, had moved around a bit, and was part of several overlapping (and slightly claustrophobic) social scenes. And, despite London’s size, it’s actually a bit of a village once you get to know it. “Isn’t it a small world?” we’d all enthuse when, yet again, I discovered an old classmate from Wales was in a band with a courier friend, or whatever it was this time. I rather hoped that this would change as soon as I left the bubble, and that eventually I’d be able to write a blog post that said ‘you know, it’s not such a small world after all’, but in fact it’s much the same. Every time I get to a new country, I find that several friends or friends-of-friends are waiting to welcome me, whether or not I expected it.

China’s a case in point. I didn’t think I knew anyone here, but shortly before I arrived a university friend of mine put me in touch with a friend of hers (now, of course, also a friend of mine), who lived in Beijing, and whose address I could use for my visa application. And this friend just happened to move out to Urumqi the week before I arrived, meaning that I had a place to stay here too. On the other side of the country, in Nanjing, lives an old friend of my father’s (we last met when I was about eight!), who has been an absolute gem over the past few months, giving me endless advice, help, and practical assistance, like posting a mobile phone out to a friend of hers here in Urumqi, who …just happens to hail from exactly the same small town in Wales that I call home. A totally explicable coincidence, of course, but it was still very exciting to catch up on the gossip from a tiny market town at the geographical centre of Wales in this sprawling modern metropolis, thousands of miles away, at the geographical centre of Asia.

But the world is also proving to be much bigger than I was ever able to comprehend by just looking at the atlas. Although I’ve now reached my final country on this landmass (probably), I still have thousands of miles to go until I reach the sea (and am, in fact, currently further from the sea than I’ve ever been in my life). Having spent most of my life in the frankly minuscule UK, I’m unprepared for the sheer scale of countries like China. And of course, now when I look at maps and plan routes, I have a better idea of the time and effort it will take to cycle the sort of distances I had in mind. I used to nonchalantly trace my finger down the spine of the Americas and tell people I wanted to cycle that route someday. Now I am going to cycle it, which is exciting, but I’m not so nonchalant any more. I know that, with my paltry 100-200km per day, and my frequent breaks, it’ll take at least 18 months (and maybe more than two years), and I’m already starting to steel myself for the heat, and cold, and mountains, and mosquitoes, and mud, and men, and all the other challenges I’ll find along the way. The world is a big place, and there’s a lot in it. 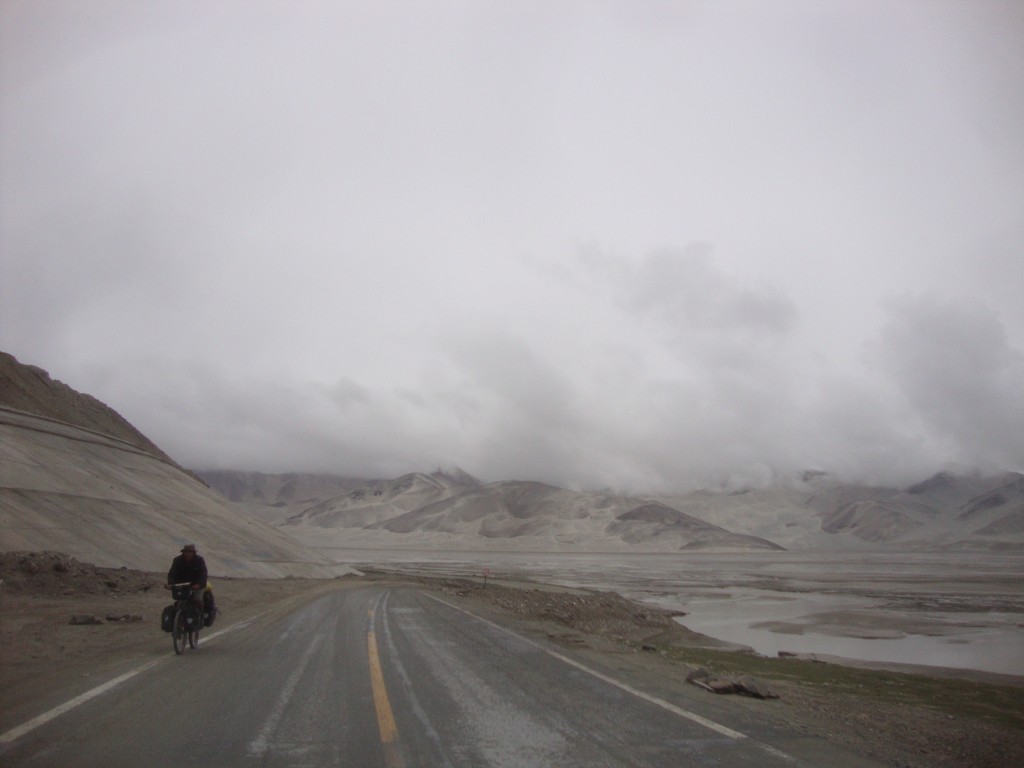 What is the best combination of kit for cycling in desert conditions?

I haven’t quite figured this out yet, but I’m regretting a rather over-enthusiastic pannier purge back in Islamabad, where I ended up sending all my summer clothes home with my parents. At the moment I’m trying to balance ‘cool’ with ‘covered up’, and to wash my shorts as often as I can, as the sweat makes me more prone to saddlesore. Sunglasses are (obviously) a must, and the ubiquitous Buff’s handy for soaking the sweat out of my hair. And fingerless gloves are vital for maintenance of the Cyclist’s Tan. (It’s a bit like a secret handshake. I ran into some French cycle tourists yesterday, and they recognized me as a fellow cyclist even though I was in civvies, purely on the basis of my glove tan.)

Would be interested after the next few countries to hear your opinion on whether these countries oppress their women and whether the covering up is part of that. Or whether it is just a different culture. [Asked back in December, re. Iran and Pakistan.]

I could write you either a 200-page thesis or a 200-word paragraph on this, and I’ll spare you this once, and go for the latter.

In my (limited and very personal) experience, and when you subtract factors like class and race, women aren’t significantly more oppressed in places like Iran and Pakistan than they are in Europe, although the oppression takes very different forms. The covering up is, at least as far as I saw, much less of an issue than we’ve been led to expect. Since everyone does it, it doesn’t really affect the way women behave or are treated, and doesn’t provoke any of the knee-jerk political outrage that’s constantly swirling around Western Europe. (Which is not to say the Iranians don’t do political outrage. But they tend to choose more weighty matters about which to be outraged.) It’s a bit like wearing pants really – everyone wears pants, so the fact that someone’s wearing pants is fairly meaningless. What sort of pants they’re wearing, however, is another matter entirely.

(Interestingly, the male travellers I met in Iran were always far more bothered by all the covering-up than I was.)

What uses can you think of for a whole lettuce on your travels?

Are you offering? No one’s given me a whole lettuce yet, but I did manage to strap a whole watermelon to the back of the bike last week, so I’m sure I’d manage if they did. 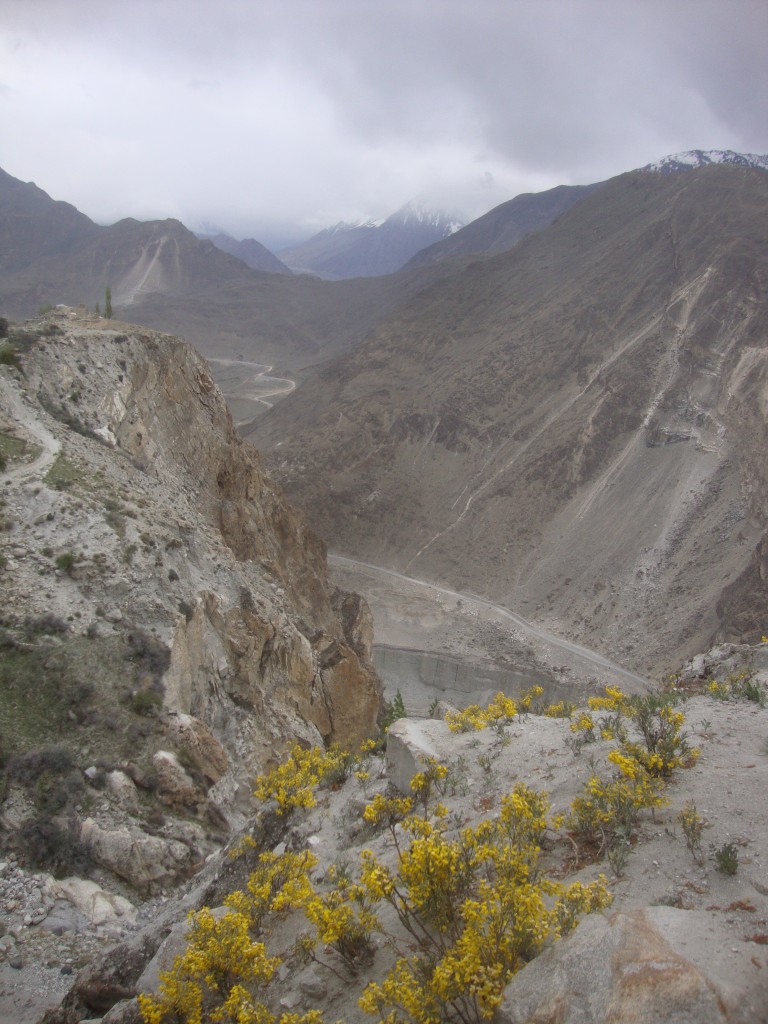 How do you entertain yourself when you are alone and not cycling?

To my surprise (and probably yours too), I have very little spare time in which I need to entertain myself. If I’m staying with friends (old or new) then I rarely get a minute to myself. If I’m in a hostel or hotel room, I’m generally busy taking advantage of the facilities to wash my clothes/dishes/bike/self, air out my tent and sleeping bag, charge up all my appliances and carry out any repairs that need doing. And if I’m in the tent after a long day on the bike, I tend to fall asleep very very early (often to my dismay, if I’d planned a cosy evening of reading or writing).

On the rare occasions when I do need entertaining, food and books (via Kindle or on paper) tend to do the job. How I entertain myself when I am cycling is a much better question, but I think that’ll be a post in its own right someday.

Have you given any thought to how this trip may shape your life from now on?

A great deal, but I haven’t really come to any conclusions, and I suspect I won’t till the trip is actually over, and I have a vacuum to be filled. This journey hasn’t actually changed my life though (to my occasional disappointment). It’s really just helped to confirm and cement lots of the things I already knew and felt, and made me more myself than ever I was before. So it seems likely that I’ll carry on in a similar vein, and that bikes and writing will feature heavily, and that money will not.

Is the world really flat?

It most certainly is not. Have you seen some of the mountains in Central Asia? 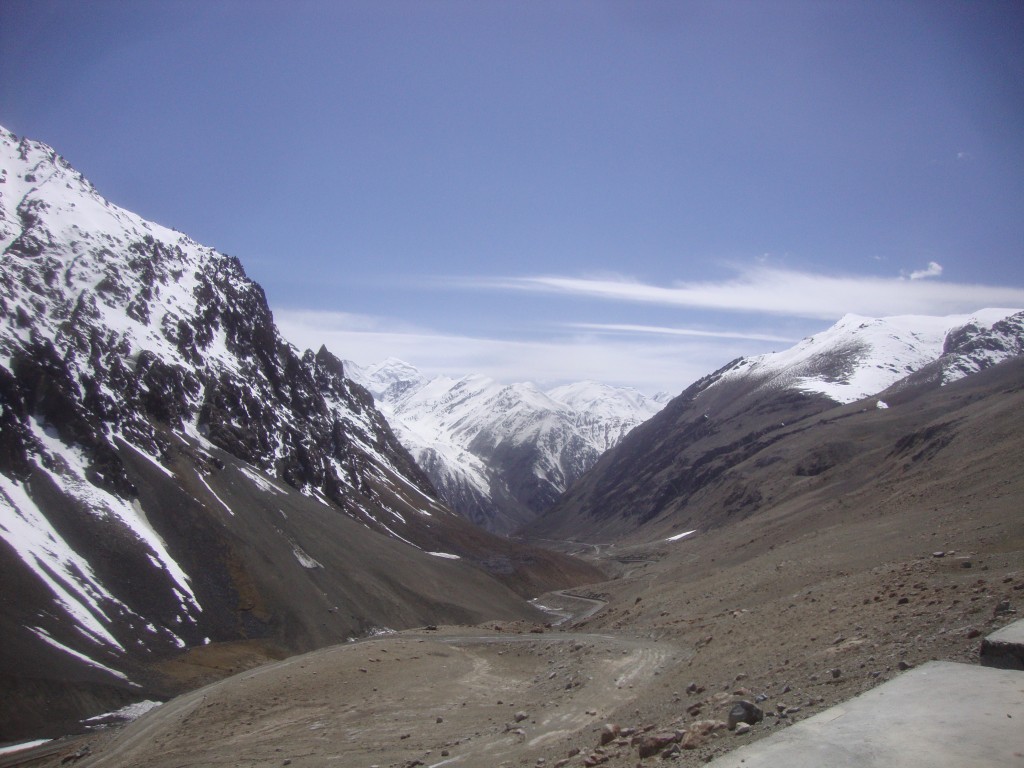 Some of the time it does. But I think one of the most unexpected and valuable lessons I’ve learned on this journey is that pain (in reasonable amounts) isn’t the limiting factor most people think it is. And you always forget it the moment it’s over.

Why?
[Asked by another round-the-world cyclist, who really should know better.]

It’s impossible to say, and I give a different answer every time I’m asked.

Because I always wanted to, even though I didn’t realize it till last year.

Because I need to be constantly challenged.

Because if I hadn’t I’d always have wondered ‘what if…?’

Because I’ve always wanted to go one bigger, one better.

Because I’ve never known where to start with seeing the world, and this seemed a good way to take it all in.

Because I was jealous of everyone else who’d ever done it.

Because I told everyone I would, and then I couldn’t back out.

Because I felt I ought to invent some sort of career progression from couriering.

Because I was terrified I’d end up a fat mortgage slave in my forties who’d always dreamed of cycling round the world.

Because once the idea got into my head, it wouldn’t go away. 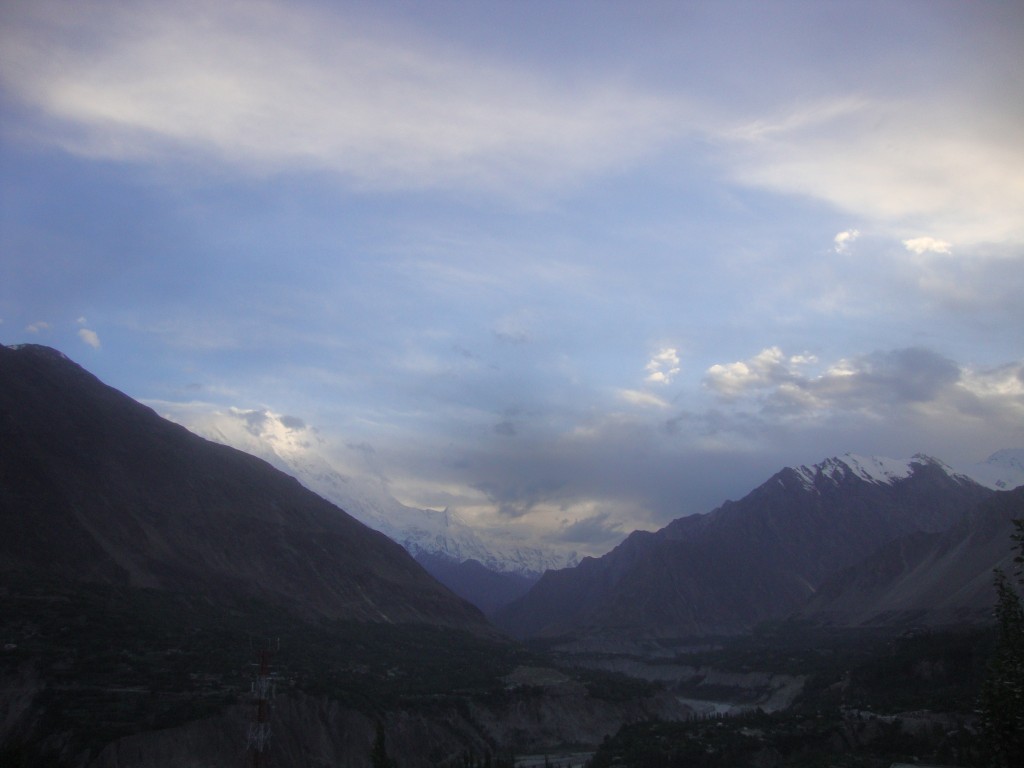