Posted in off the road soulsearching

Less than a thousand words

Less than a thousand words Posted on October 28, 20148 Comments

In the middle of a brisk autumnal ride to Brighton last weekend, just after we lost sight of the two parakeets who had amorously followed my riding buddy’s yellow helmet all the way from Croydon to Reigate, she remarked that she’d looked at my blog the other day, and the top entry still opens with “Summer’s at its height”.

Yes, it’s been a while. Has this blog gone the way that most blogs eventually will, and slowly dried up? When I started it, I deliberately didn’t give it a name like my previous blog (That Messenger Chick), which would have limited it to a particular period or section of my life.  I planned for it to become a permanent all-purpose receptacle for my thoughts and words, whatever they might be, wherever I might go (or stop), whoever I might become. 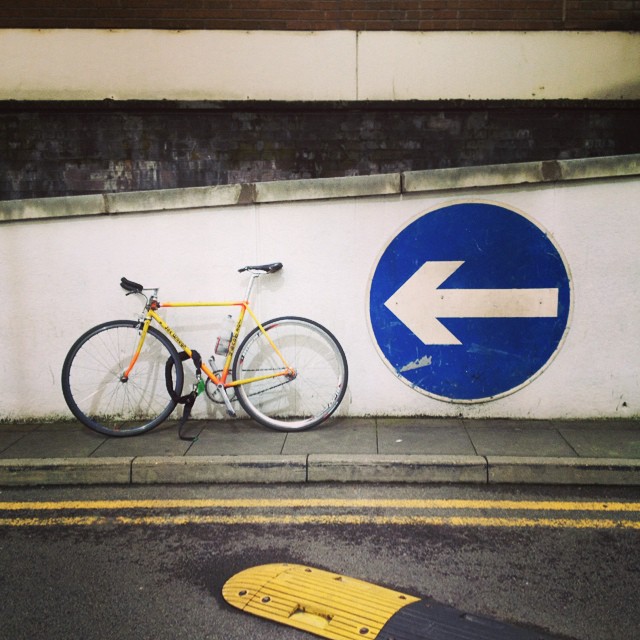 But after a while I felt that I’d started to grow beyond the blog …actually, no, that’s not quite right – it was more that the blog had grown into something so large and eloquent and unwieldy that I couldn’t keep up with it. My posts now regularly exceed 2,000 words, and they usually take the best part of a day to write. I don’t have that sort of time these days, not with all the other writing projects I’m beginning to take on, plus a couple of days of couriering a week, and my preparation for this winter’s ride.

I often joke that, despite the accolades it’s received, mine really isn’t a very good travel blog. It has too much text, and too few photos. There’s no rhyme or reason to how often posts appear. Over the course of my travels and their aftermath, what I wrote became more and more longwinded, more and more thoughtful, less and less bloggy. Sometimes I joked that my blog was running away with me, trying to turn itself into a book. Now I’m actually writing a book (been keeping that one quiet), and  it seems, quite sensibly, to have swallowed the lion’s share of my verbal energy.

But I miss blogging. Before I started to take it too seriously, I used to dash off a post in the sleepy half-hour between getting off my bike and sitting down to dinner. I didn’t worry too much about what to say, or agonize over complex extended essays like the ones currently sitting unfinished in my drafts folder (some of them dating back years – perhaps I will empty them out sometime).

So I’ve decided to treat my lack of time as a liberation. No more long long blog posts (you’ll have to wait a long long time for the long long book). In fact, until the end of this year (and quite possibly after that too), I’m not going to let myself write any posts that exceed 500 words. Which means, since I still have loads to say in this one, that you’ll probably get another one quite soon. And also that this one has to end right here.

Previous Article Whiteout
Next Article I can't go on, I'll go on