In which I am challenged to a duel

Last week, in a moment of bravado, I accepted fitness journalist Lucy Fry‘s challenge to race her over the 100km route of the FT London Sportive, on Sunday 11th May (i.e. tomorrow). And almost immediately I started to realize what a silly idea that was. For a start, I don’t own a roadbike, so will have to cover 60 miles of hills (including Surrey’s infamous Box Hill) on fixed. And for another thing, Fry’s one of those people who takes fitness seriously. She’s a qualified personal trainer, who does yoga and takes supplements. (I don’t even bother to stretch my calves most days.) And what’s more, she’s just started doing triathlon. 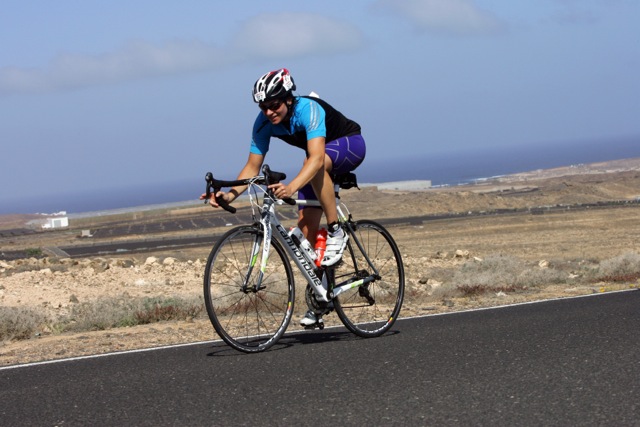 I’ve always been a little bit intimidated by triathletes. Particularly when they zoom effortlessly past me on their carbon road bikes, all rippling muscles and shimmering lycra, last weekend’s race numbers not quite faded from their sun-kissed skin. I comfort myself with the thought that they’ve just spent the day sitting in their comfortable City office with coffee on tap, and are riding less than ten miles to their Fulham penthouse, where they’ll dine on steak and organic beansprouts, before getting a nice soothing massage and an early night, so that they’ll be nice and fresh for tomorrow morning’s swim coaching, and then another session of intimidating couriers on their morning commute – whereas I’m at the end of 9-10 hours on the bike in the rain, plodding home to fill myself with as many cheap carbs as I can cram in before I fall asleep, and waking up the next morning to do it all over again.

Alright, perhaps I’m also a bit jealous. We couriers pride ourselves on being fast and tough, no matter how wrecked our bikes and how ragged our clothing, but wouldn’t we all secretly like to have that sort of time and money to lavish on our chosen lifestyle? To have a winter bike, and a summer bike, and a rainy day bike, and a time trial bike, and to agonize daily over which of our many wheelsets to use, rather than wondering whether we can make this worn-out pair of tyres last until the next payday. Then again, while your typical triathlete can swap bikes when it rains, or change her plans and opt for a swim session or a ride on the turbo trainer instead, we couriers are used to carrying on no matter what the weather –  and since our income depends on it, we have no choice but to keep going when we have wet feet, or a streaming cold, or saddle sore, or a broken toe, or raging period pains, or the hangover from hell. 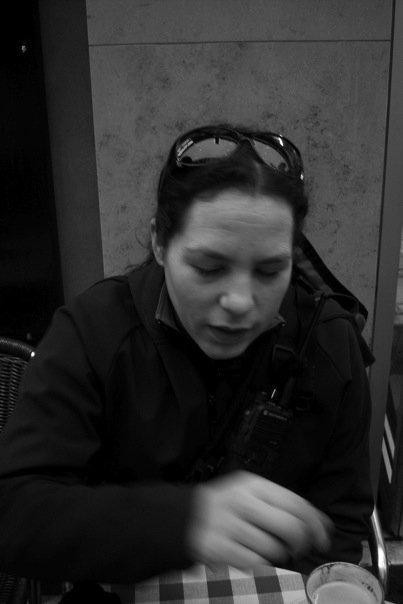 [the hangover from hell: Bar Italia; a few years ago]

Mind you, triathletes are pretty fast and tough themselves. I always get a sinking feeling when some city boy overtakes me on his carbon machine, but I sink even further when it’s a triathlete, because I know they could trounce me just as decisively in two other disciplines. (Even more decisively in fact – I may be fit on the bike, but I collapse in a pile of sprained ankles and helpless wheezes when I have to run more than about ten metres.)

Fry excels in not one, but three different sports (not to mention all the weight-lifting she does in her spare time). Where I’ll be relying on experience and sheer determination to get me through, she’ll be engaging a whole panoply of well-honed muscles, most of which I’ve never even heard of. She’s been to training camps where expert coaches have given her their hill-climbing tips and barked at her to push through the pain barrier, and she’ll be on a well-maintained road bike with 20 gears – whereas I’ll be riding the knackered old fixed gear hack I use for work (well, it was that or my fatbike, and I don’t fancy trying to keep up with the carbon peleton on four-inch knobbly tyres). I guess if I do lose I can blame the limitations of my bike, and claim that Fry’s road bike put her at an insurmountable advantage, and no one will think any worse of me – but could I really bear to do that? 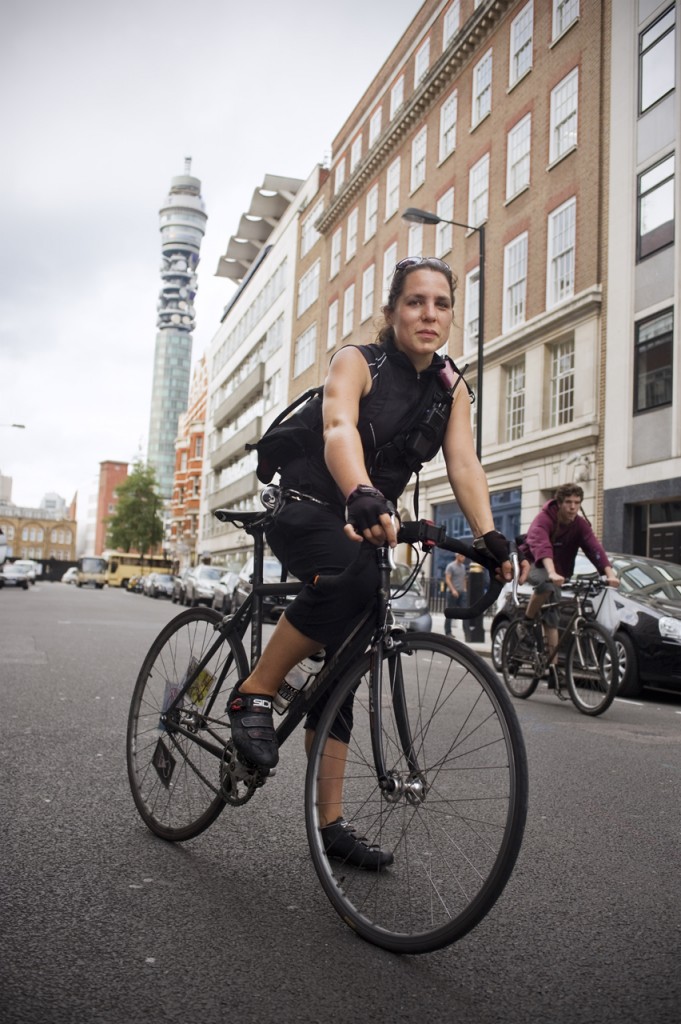 I honestly have no idea how it’s going to go. Racing around town between deliveries for the past few days, overtaking everything in my path, I’ve had moments where I felt sure I’d win. But crawling up Tulse Hill on my way home, watching the muscular calves of other commuters disappearing into the distance, one after the other, I felt a foretaste of the humiliation I’m likely to feel, slipping further and further back  in the peleton as I grind my way up Box Hill, only to find Fry sitting at the top, sipping an espresso and wondering what took me so long.

Have I bitten off more than I can chew? Quite possibly. Am I scared? Most definitely. But on the other hand, Fry tells me she still doesn’t know how to fix a puncture. She has all the gear, but does she really have any idea what she’s letting herself in for?

Have a look at www.lucyfry.co.uk for her side of the story.

And check back next week to see how it went!

Previous Article A Night Of Adventure
Next Article The Reckoning