Riding in cars with boys

Riding in cars with boys Posted on December 28, 20127 Comments

I didn’t make it to Tazawako in the end.

While I was in Akita it started to snow, and my host dolefully informed me that it probably wouldn’t stop until next March. I looked out of his window. The whole city was white, buried under snowdrifts and hard packed ice, tucked in under a blanket of low white clouds that sent their endless snowflakes whirling through the air like feathers, and cast a dim, almost twilight fuzziness over the streets. Every pavement and every road was varnished with ice, and people were shuffling carefully along them, wrapped up in scarves and coats and big thick insulated boots.

“You can stay longer if you want to”, offered Sean. It was tempting. But this was what I’d come for. So I bade him a reluctant farewell, wheeled my bike out of his warm cosy flat, and set off into the blizzard. 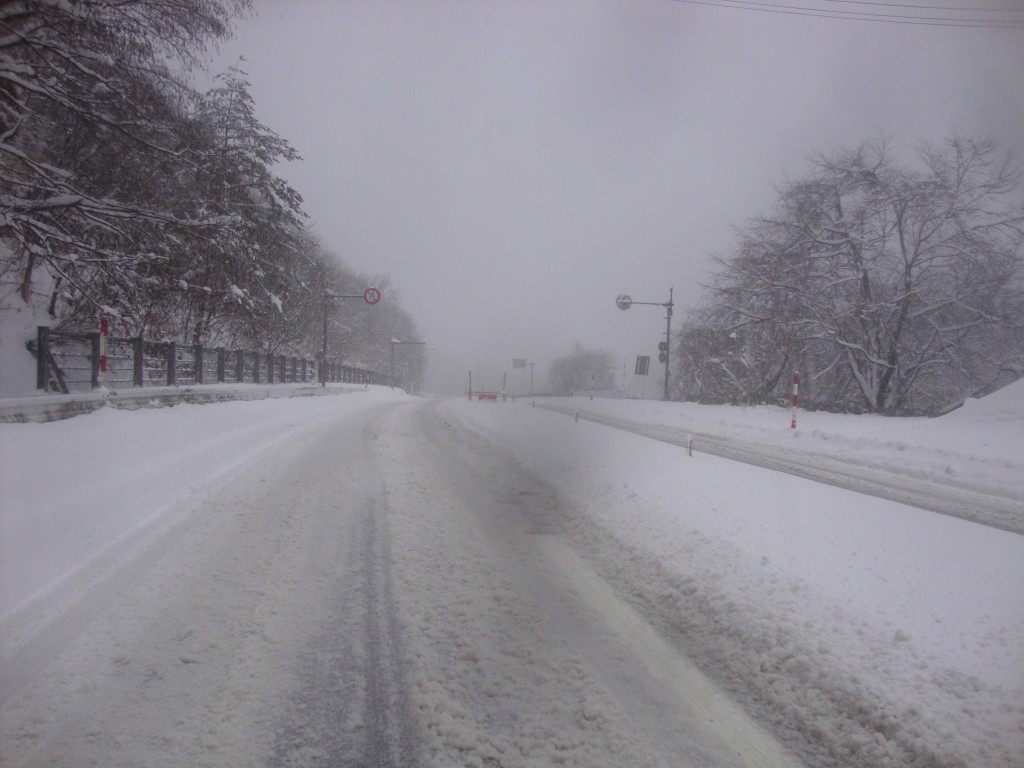 Akita Prefecture is one of the poorest areas in Japan, and doesn’t bother with frivolities like clearing the roads when it snows. It’s also an area that gets a lot of snow. As I struggled along the road out of the city, I felt almost smothered by it. There was snow in great heaps on both sides of the road – sometimes almost as high as my head. There was snow on the road, churned by the cars to a mess of slush, which then refroze in gravelly-looking ridges, frequently threatening to send my tyres sliding out from under me. There was snow piled precariously on every tree branch and rooftop I passed, every now and then losing its balance and tumbling off in a miniature avalanche. And there was snow in the air, pouring silently and relentlessly out of the clouds, battering me in the face as I rode along, and settling in drifts on every fold of my clothing.

Riding in conditions like this is rather challenging. There wasn’t much space on the road, so I was torn between wanting to hug the kerb and keep away from the traffic, and wanting to find a bit of road that wasn’t coated in ice. The best place to ride was in the ruts left by the car tyres, but this left me further out than I’d have liked, and swerving in at a moment’s notice was no longer an option – with all this ice, any sudden sideways movements were likely to end in disaster and loss of dignity. And a lot of the time there was no clear road at all.

My tyres kept their grip on the ice better than I’d expected. Riding uphill was just about possible, as long as I kept going. If I stopped though, it was impossible to get myself started again – as I tried to push off, the rear wheel would continually slip on the ice underneath it. A couple of times I faltered, or skidded, and then had to get off and push over the top of the hill. 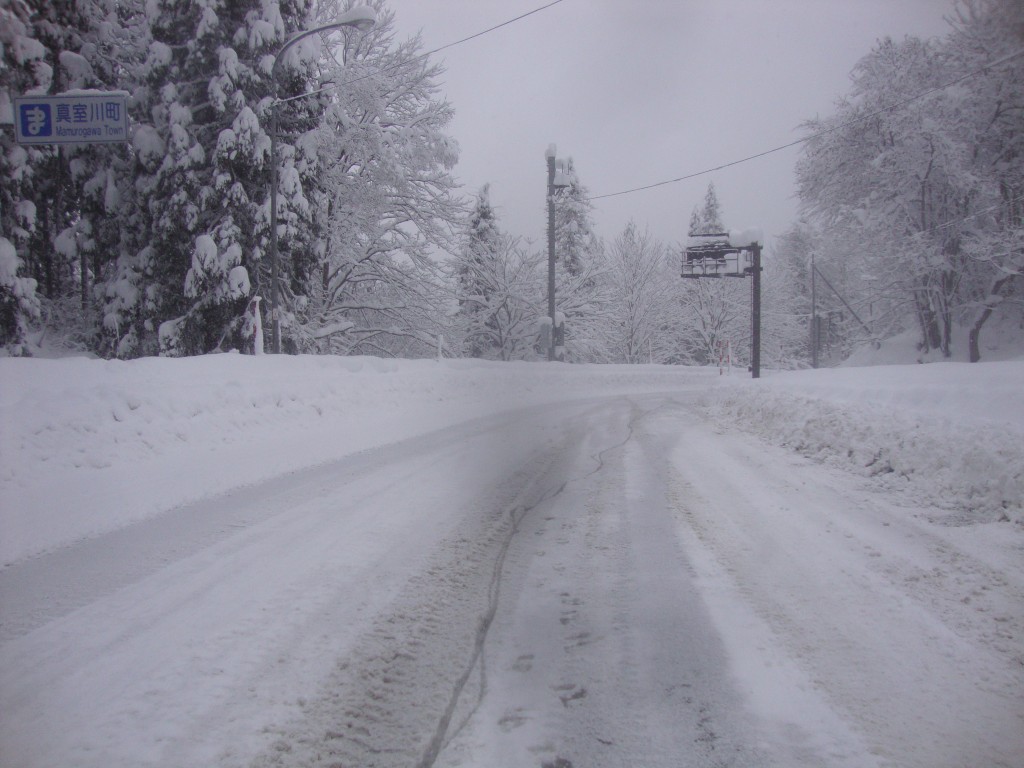 Going downhill was worse. I’d replaced my brake pads, but there was no way they were actually going to stop me. If I tried to brake, the wheels would lock, and the bike would carry on sliding along the ice. Each descent was accomplished slowly and painstakingly, my left foot dragging along the ground, and my whole body tensed, ready to leap off the bike and into the snowy verge if something went wrong. I quickly realized that cycling up to a mountain lake, camping on its shores in the blizzard, and then trying to ride downhill the following morning was a silly idea. I had quite enough on my plate as it was. So I wistfully rode past the turning for Tazawako, and carried on south.

The going was still tough, but it was also curiously satisfying. Riding on ice demands a degree of concentration I have rarely needed to muster since I start cycle touring. Every twitch of bicycle and body has to be carefully controlled and monitored – if the bike swayed too far in one direction it would slip on the ice when I tried to right it. If I pushed too hard on the pedals the wheels would skid, so I had to be careful to maintain a regular rolling speed. Not too slow, or the bike would slide sideways. Not too fast, or I would lose control when I tried to brake. Every muscle was tensed, and my mind was hyper-aware of everything around me – the snow piled up on the verges, and what might be under it, the cars and trucks thundering by, often sending a spray of slush over me as they passed, every little ridge of ice or pile of snow or pothole in the road – knowing that I had less time and space and friction than usual to respond to obstacles. I hadn’t felt this sort of intense focus since I used to ride my bike in and out of the London traffic. For hour after glorious hour my mind was blank – concentration left no room for extraneous thoughts or worries. Rarely, I think, have I been so completely in the moment.

And then I was kidnapped by Shun and Ken. 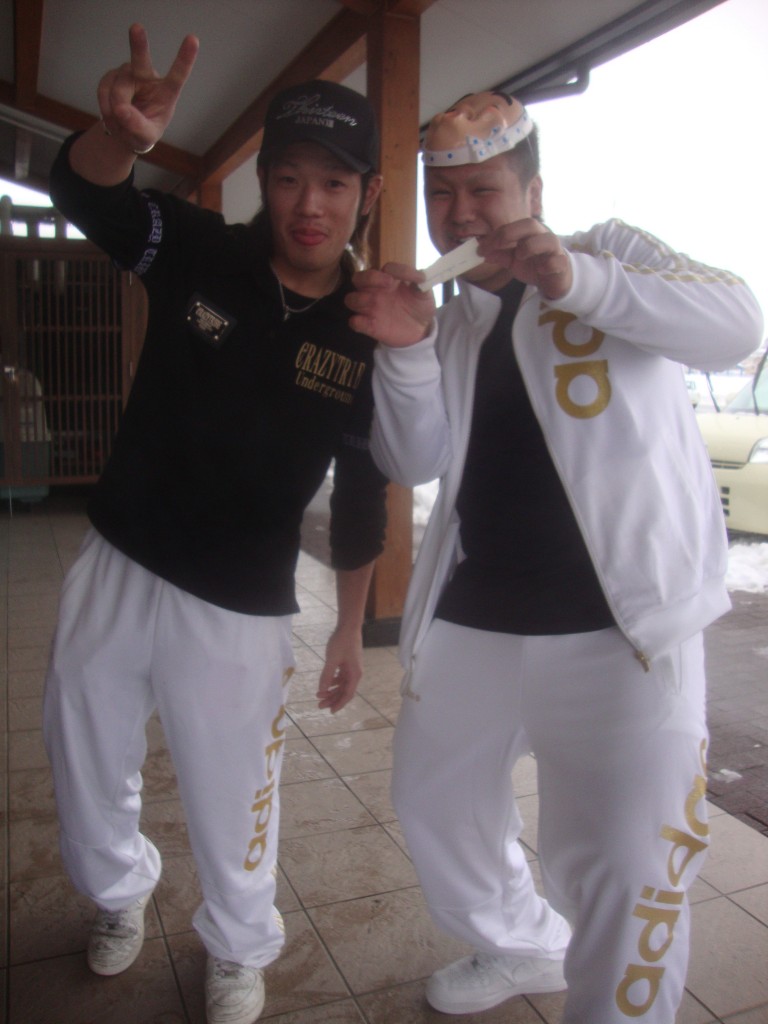 I don’t know what Shun and Ken were doing, driving their car round Akita Prefecture in the snow. I found them lying in wait for me in a layby. As I rode past they flagged me down, and before I knew it they were bundling me, bike and bags into their car, handing me a box of hot dumplings and a towel, and speeding off through the blizzard.

They were young, boisterous, hair-gelled and tracksuited, and driving far too fast, whooping with delight as the car bumped and swerved over the rutted ice, and turning round far too frequently to bombard me with questions. They didn’t know what I was doing in Akita Prefecture in the snow either, but I handed them my letter of introduction (expertly translated by Kim – thank you!), which they scanned earnestly and then commended effusively with broad grins, thumbs up and shouts of “oh yeah!”, “very good!” and “champion!” They didn’t speak much English, but they were using what they had to full effect.

The conversation drifted to our respective tastes in music – they bombarded me with a list of artists I hadn’t heard of, and virtually applauded when I finally recognized the name Rihanna. To celebrate, they put on one of her videos, on miniature screens hidden behind their sunshades. 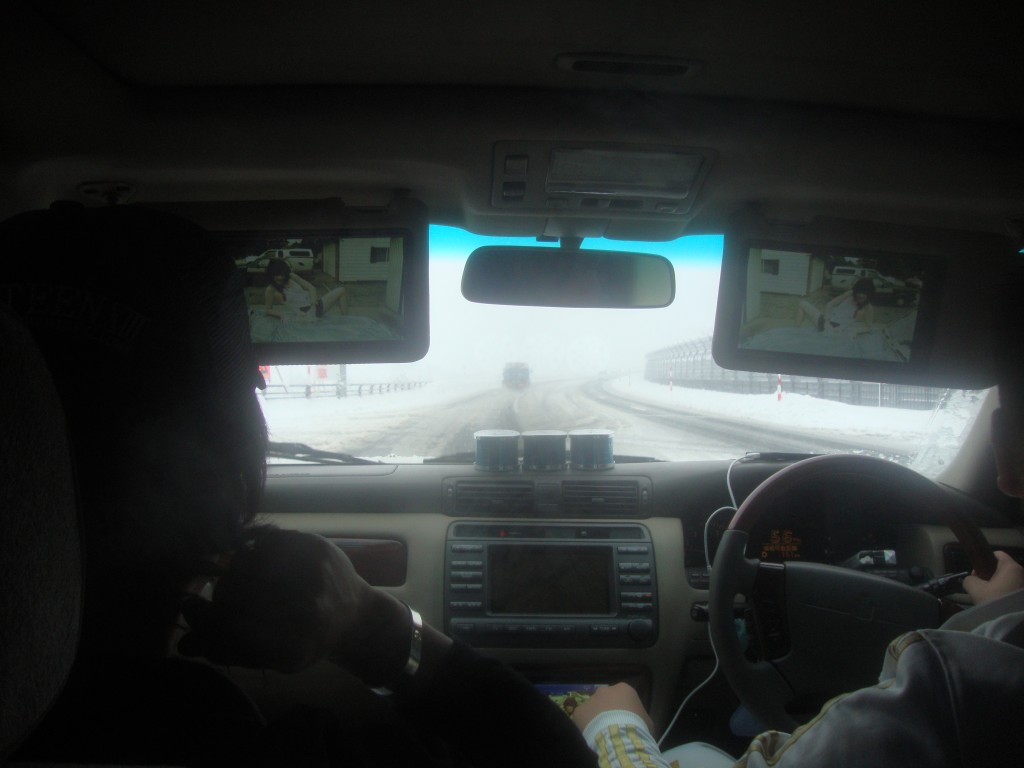 I tried not to think about the effect this might have on Shun’s already haphazard driving, along with the condition of the roads and the fact that he kept getting his smartphone out to try and translate things he wanted to say to me. Perhaps this was even more dangerous than cycling on ice. Or perhaps, with drivers like this on the road, I was safer inside their vehicle than underneath it. I decided not to worry. And anyway, they were extremely friendly. We exchanged all the details of our lives that we were able to with our limited common language, and they filled in the rest with whoops and grins.

They bumped fists, and bobbed their heads to and fro in time, then hooted with laughter.

We stopped for cigarettes at one of Japan’s ubiquitous convenience stores, and Shun insistently steered me towards the cake section. It was almost as if he knew how hungry one gets cycling through the snow for hours. I hesitantly picked up a packet of pancakes, and he tutted and added another one, and then a doughnut, and then a chocolate bun, then cans of hot coffee (brilliant Japanese innovation) for all three of us.

I was in their car for an hour or two, and their energy never flagged. For some reason they were carrying a selection of cheap plastic masks, and whenever the car stopped for traffic lights or traffic jams, they’d put these on and try to attract the attention of the other drivers alongside them. They were usually ignored, which seemed to strike them as absolutely hilarious.

They wanted to know where I was going. It was difficult to say really. Tokyo? Well, yes, but I didn’t want to risk them offering me a lift all the way there. (Incidentally, I found I didn’t mind in the slightest that I’d broken my line by accepting an unnecessary lift. This was a self-contained loop of Japan, rather than the world, and I’d amply proved to myself how comfortable I was riding in snowy conditions, which was my main goal for this leg. I think I’d have had a lot more trouble accepting a lift if I actually was struggling. And meeting Shun and Ken was an adventure in itself.) I settled for naming a town a few miles down the road, that I’d been sort-of aiming for anyway. But then they wanted to know where to drop me in that town, and of course I couldn’t tell them – if I were on my own I’d just have ridden around until I found a secluded (and hopefully sheltered) spot to pitch my tent.

We settled for a roadside service station, which, this being Japan, was extremely comfortable, with spotlessly clean toilets and a 24-hour cafe. Shun and Ken prowled round the giftshop, playing with souvenir samurai swords (“We are Japanese comedians – and samurai!”), posing with statues and looking for presents they could buy me. I managed to talk them out of everything except a small lucky charm with a bell attached (which I thought might come in useful for scaring off bears in Alaska) and some chocolate (never turning down food is one of my most fundamental principles), and they helped me set up camp in an indoor seating area before swapping email addresses and bounding off back to their car with big waves and grins. 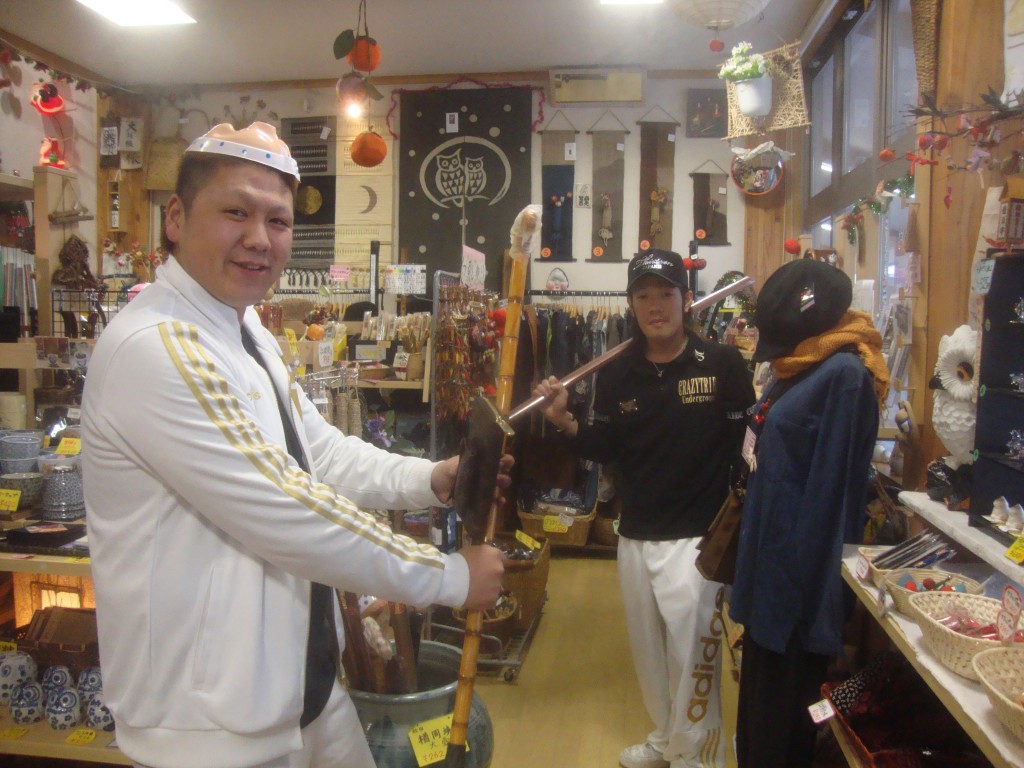 I settled down for a pleasant and leisurely evening of reading books and eating whatever I could get my hands on. (You use so many more calories in winter, keeping warm and keeping the bike straight.) And then I fell asleep at about 7pm. I woke up shortly before 5am, to hear someone whispering my name, or something very like it.

It was Shun. He handed me a hot can of coffee, gave me another of his cheeky grins, and then disappeared, as if by magic.

I carried on through the snow. A couple of days later I crossed the final mountain pass before the east coast, and within just a few kilometres the scenery changed from this – 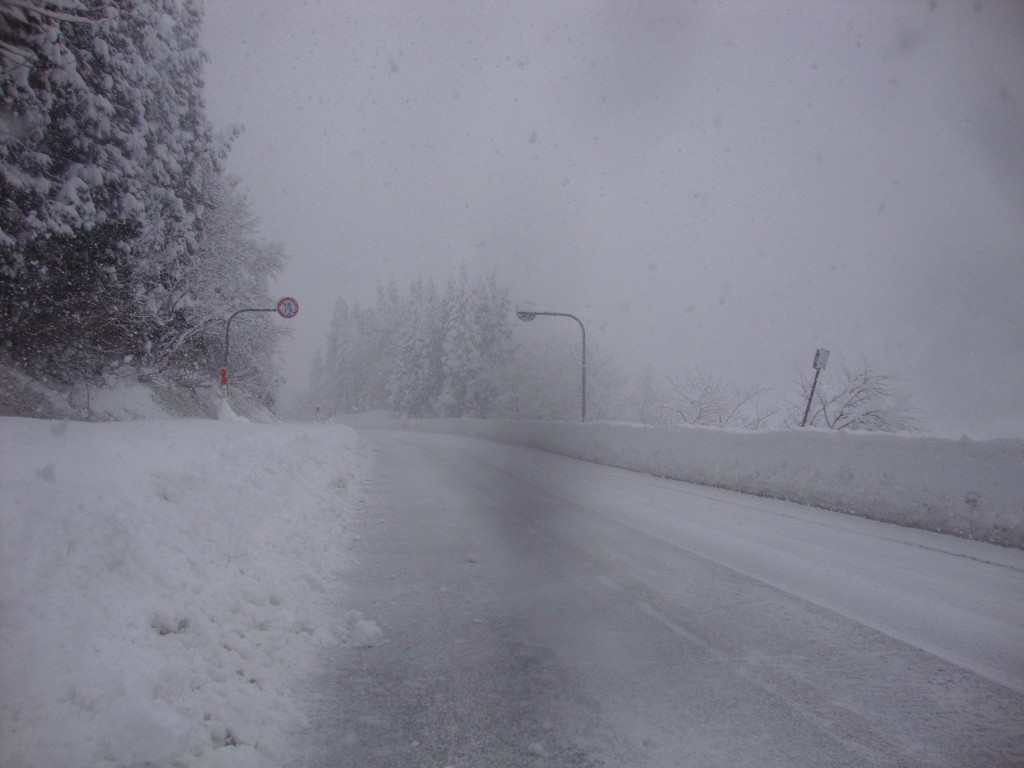 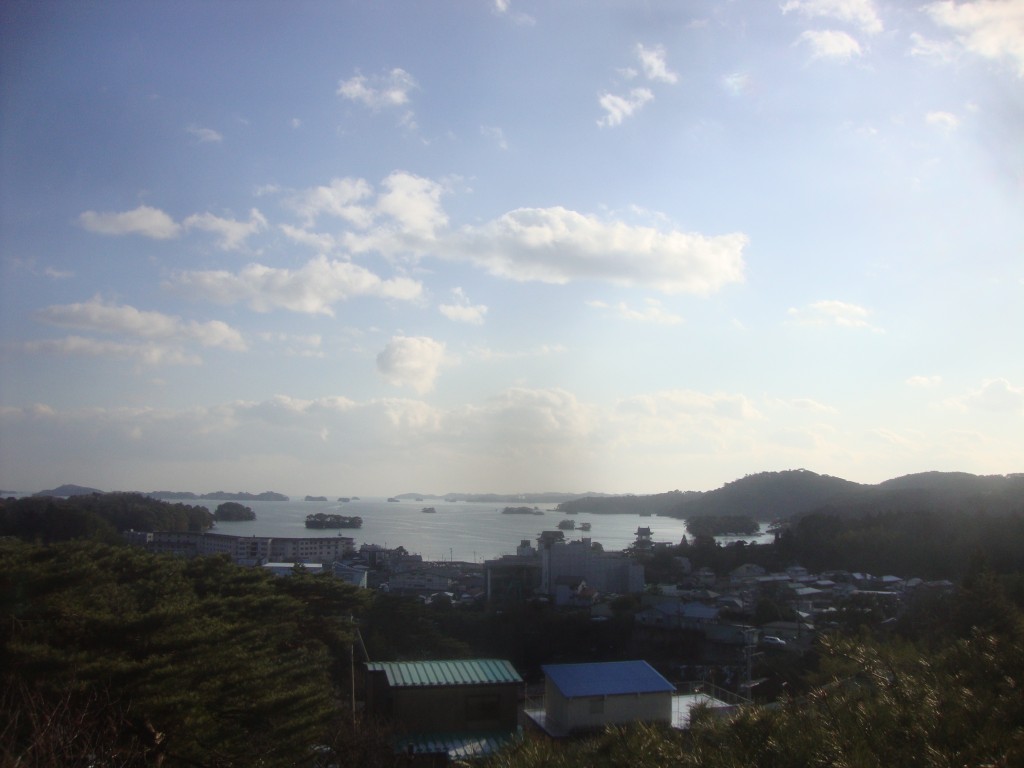 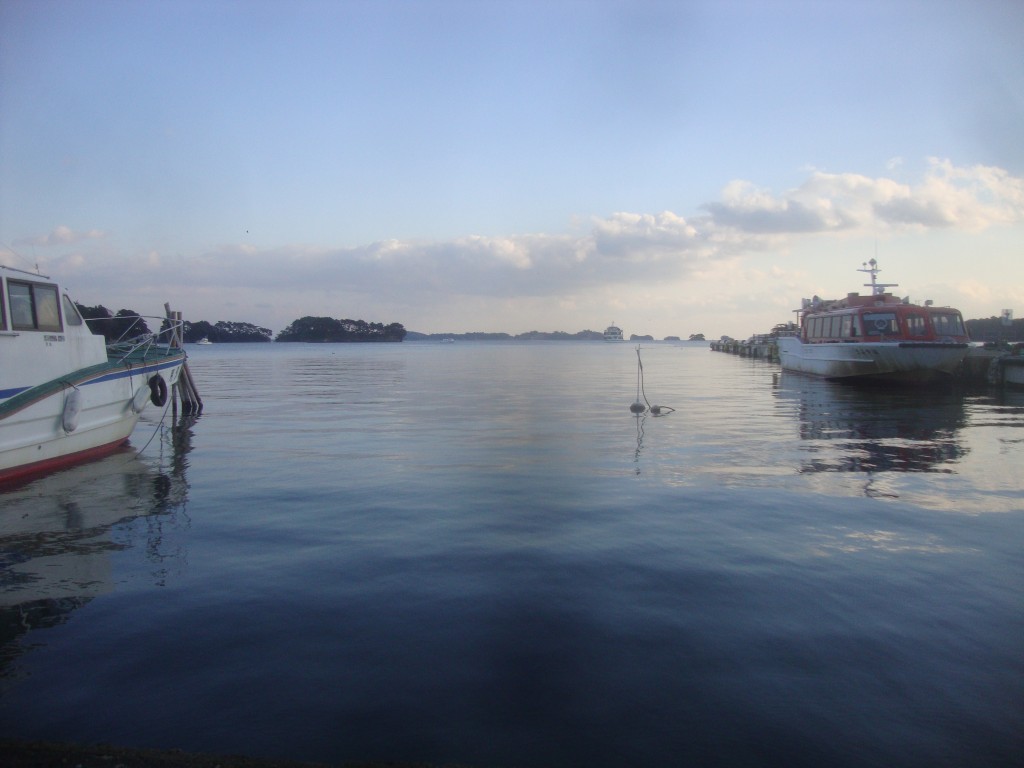 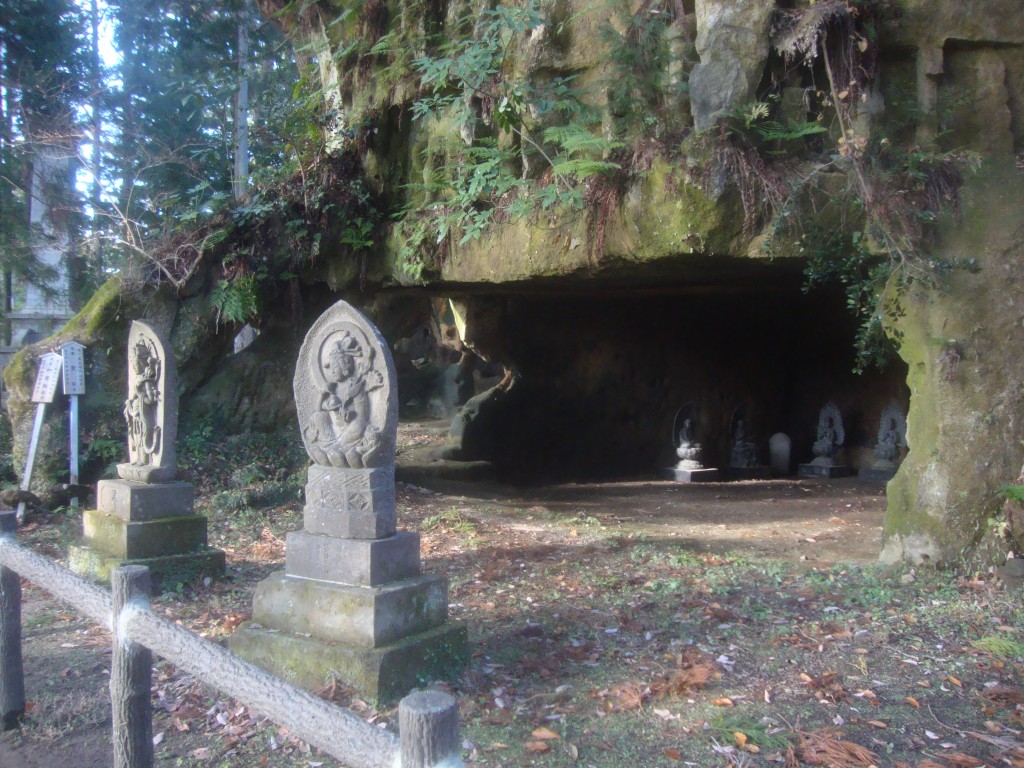 Previous Article Questionable Women - We have lift-off!
Next Article How to go home