Company and change and challenges

Company and change and challenges Posted on October 31, 20125 Comments

To my great excitement, and mild trepidation, two friends have flown out from London, to join me on the road for the first half of Japan. As well as their bikes and themselves, they brought a large bottle of gin, a coffee grinder and an aeropress, so the Chappell Happiness Index is at an all-time high. 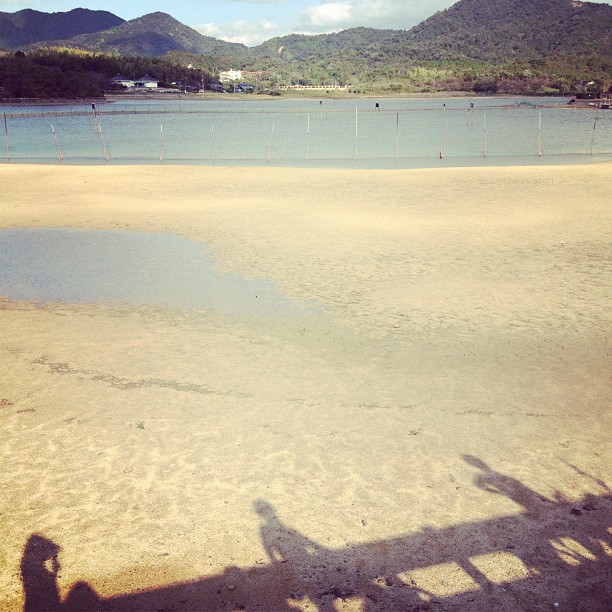 Before they arrived I was worried that it might not go so well – that being on the road on my own for so many months might have made me unfit for sustained human company, and that spending time with close friends I hadn’t seen for over a year would show up all the ways in which I’ve changed since I started this trip. I don’t feel particularly different – but then how would I notice any changes, when I spend 24 hours a day in my own company? Many adventurers complain, when they get home from a big journey, that they themselves have changed beyond recognition, whilst home has stayed exactly as it was.

But in my case it seems to be the opposite. Kate and Jen assure me that I’m just the same as when I left, and when we’re together it feels as if we’ve never been apart. But home has changed a great deal in my absence. During successive coffee and gin sessions, I’ve caught up on all the gossip, and heard about all the friends who, since I left, have coupled up, settled down, got married, got divorced, moved house, moved country, and all the rest of it. I knew this was happening, of course – it shouldn’t have been such a surprise. But I realize more and more that the London I left behind has already become a very different place. If I went back, I’d barely recognize it, and it would barely remember me.

During the six months before I left, I was sporadically filmed and interviewed for a forthcoming documentary about female cycle couriers in London. You can see the trailer here. The other day I had an email from one of the producers. She’d been transcribing some of the footage, and thought I might be interested in the following extract, from one off our interviews:

And what drove you to make that decision [to cycle round the world] in the first place, what made you think that that is something you wanted to do?

Lots of things really, I’ve always had it in my mind that I wanted to do a trip like this – ever since I was a little child – I used to want to climb Mount Everest and I’ve talked about it before, I’ve talked about it for years just about how I want to cycle around the world one day and I never really meant it or thought it would happen and then last year, I read a book which made me think – that’s exactly what I want to do. But also – particularly in the last year, couriering has become too comfortable. The first year, it was such a physical challenge and so exhausting and so impossibly tiring and I had never done anything so hard and the second year was challenging, but in a satisfying way because I had got my head around it, then last winter we had some serious snow but I just enjoyed it and I never had any bad days and then it ended – I was hoping for more snow but we didn’t get any more and I’m just finding that I can do it now and its not hard and I want some more hardship. I know that sounds bonkers but some of the stuff that I’ve got in mind – I want to go across mountains and I want to deal with winter and I am really relishing it – I mean ask me again when I am in the thick of it because I’ll regret it I’m sure but I think I need a new challenge I guess, but it’s a shame because aside from the challenge aspect, I love this job and I am really really sad to be leaving, but I need something, something to start at the beginning, be crap – make all the stupid mistakes, embarrass myself publicly, then keep working and get good at it and master it and get on top of it and what do you do when you’ve been a courier for a couple of years? You can go and do it in another city or you can get a desk job or you can go and cycle around the world…

It was wonderful to read this – not only for the amusement of looking back on my initial trepidation and naivety, but also for the reassurance that this – all of it, leaving London, cycling round the world – was the right decision. It always felt right, but I tend to doubt myself so much that I refused to trust this feeling, and just carried on hoping that I wouldn’t be proved catastrophically wrong further down the line. Thankfully, I haven’t changed – in fact, since I’ve been on the road, I’ve felt more  myself than ever before.  I know, I know, it’s a hoary old cliche that people often set off on journeys like mine in order to ‘find themselves’. But in my case I discovered I’d been there all along.

And I’m still looking for bigger and bigger challenges. Already all I can remember of the Turkish winter is those cosy nights in the tent and the nice warm cups of tea everyone kept giving me. This year I’m going to have to find somewhere a bit chillier.

But for now the challenges are less obvious, more complex. Travelling as a team is in many ways far more difficult than travelling solo. The level of faff and admin and things breaking down is not so trebled, as raised to the power of three. We’ve already had to deal with grinding hub bearings, three snapped spokes, digestive disorders and a broken MSR stove. (Thankfully all are now running smoothly.) And this means almost no spare time for things like blogging. So please accept my apologies for this hasty and ill-thought-out post. I promise you’ll get long and glowing reports of Japan, and Hong Kong, and all the rest of it when I get to Tokyo, in about a week.

Previous Article On holiday
Next Article At home in Tokyo