The dark side of the moon

And now I’m in Xining, finally approaching the centre of China (this country is so impossibly huge – I’ve been riding across it for two months, and I’m not even halfway), having left you in the middle of the Taklamakan Desert, almost two weeks ago.

Sorry for the hiatus. As a friend (beautifully) put it recently, waiting for me to update my blog can be a bit like waiting for the spacecraft to emerge from the dark side of the moon, in the days of the Apollo missions. It needn’t be like this, of course. Perhaps by the end of this expedition I will have joined the technological hordes and acquired a netbook with a satellite connection, so that I can issue daily bulletins from whatever remote mountaintop I happen to be camped on. But for now my routine is a little more uneven. When I’m on the bike, life becomes a simple and rigorous round of cycling, eating, sleeping and keeping going. When I’m off the bike, as I am now, everything catches up with me. The cold I’ve been fighting off for the past few days refuses to be repressed any longer (cough cough cough, sneeze sneeze sneeze). I have to stop ignoring all the essential maintenance needed by my tent (holey, filthy), my trousers (similar), my panniers (missing screws), my bike (needs new tyres) and my body (hungry, achey, sunburned). I can start to worry about all the planning and admin I need to do to keep myself on the road for the next few months (buying a train ticket to Hong Kong, acquiring a new Chinese visa, searching for a boat to take me across the Pacific). And, of course, I can start condensing all the experiences of the past couple of weeks into words and pictures.

So, where was I, when I was on the dark side of the moon? I was on the Qinghai Plateau. And it was extraordinary. 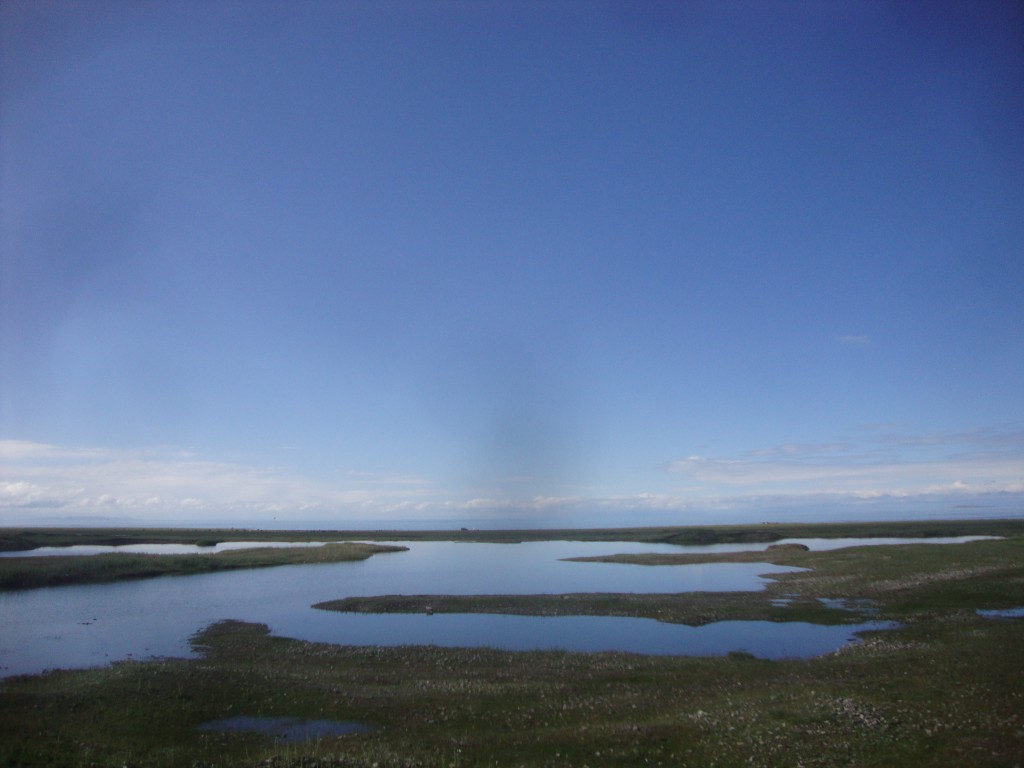 I wasn’t even aware of Qinghai until I got talking to Sun on the way out of Urumqi. It’s China’s biggest province, larger than any country in Europe, very sparsely populated, and has an average elevation of more than 3000m. When Sun showed me Qinghai Lake (China’s largest) on my map, and I saw how many mountain passes he’d have to ride over to get there, I barely even considered riding that way myself, and was very happy to leave Qinghai to him, with his muscular calves and ridiculously light carbon bike.

True, it was an alternative route to Xining and Lanzhou and, being high up, it was likely to be less suffocatingly hot than the desert road I was planning to take. But it was longer (the road actually went west for a couple of days, before curving back to the east), there were even fewer towns, or settlements of any sort, and I’d be back at high altitude, on my own, on tyres I didn’t trust to last the next hundred miles (I’ve had more punctures since Kashgar than in the rest of the trip put together). My plan was to stay on Route 312 to Jiayuguan, where I’d find the furthest easterly point of the Great Wall (I had a fond notion to then ride to see the other end of it, near Beijing), and then carry on to Lanzhou, where I’ll be depositing my bike while I do the visa hop to Hong Kong. True, I’d probably have to endure a couple more weeks of heat and headwinds, but at least I knew what I was doing in the desert, I reasoned.

Somehow though, as I approached the turn-off for Dunhuang, which would be my first stop on the road to Qinghai, I found myself reconsidering. I can’t even fully remember why I decided to ride across Qinghai. I was concerned about the distance, and by how long it would take me. I was worried about the altitude, and slightly afraid of the isolation. I was nervous about leaving the familiarity of the Taklamakan for an area I was unprepared for, and knew next to nothing about. But I think that what swung it in the end was my habitual and instinctive rejection of all of these qualms. It would, I admonished myself, be lazy to stick to what I knew, and to suffer through another two weeks in the desert just because I was afraid of trying something different. And of course people have ridden across Qinghai before, and that means that it’s possible, and that means that I can do it.

So when I reached Liuyuan, I glanced (with slight wistfulness) at the signposts that told me Lanzhou was less than ten days’ ride away, and that there were service stations at least every 100km along the way, and took the right-hand fork south-west to Dunhuang. Instantly the road narrowed, the uninspiring gravel of the Taklamakan became the golden sands of the Gobi, and my legs took wings. After struggling to make it to 100km a day for the past couple of weeks, that day I covered over 200km, and sped into the lush orchards and vineyards of Dunhuang with a large golden sun setting on my right, and an even larger full moon rising on my left. Somehow, although I was still nervous about what lay ahead, I now knew this had been the right idea.

Previous Article Negatives and positives
Next Article The spaces in between