How to say goodbye

How to say goodbye Posted on September 3, 20113 Comments

I’ve been saying goodbye to people for months now, because my friends are the kind of people who’ll regularly skip the country for six months or so, or spend the summer abroad, and every time another one left, we had to acknowledge that I wouldn’t be there when they got back, and so this was it.

And it always gets to the stage where you’ve got to the tube station, or the end of the meal, or midnight, or whatever it is, and you both pause, sigh deeply, and either stare at each other in panic or start to make the long tedious speech you feel the occasion deserves: “well. i guess this is it then. ummm. hope it all goes well. yes, keep in touch. let me know how you’re getting on. ummm. i really hope it all works out.”

And so on. Because none of this is really sufficiently momentous, you’ll often repeat it all several times, trying to squeeze some significance into your final encounter. I’ve quickly learned that this is pointless. Final farewells are just an inconvenient afterthought – by the time you get to that point, everything’s usually been said and done already.

And since I’ve had an awful lot of people to say goodbye to, I’ve learned to stage-manage my farewells so that they’re as brief and painless as possible. Saying them in a big group is best, because then there’s no room for heart-to-hearts and long speeches. And the best thing is just a rueful smile, a quick hug, and then get on your bike and ride like hell. It’s always easier once you’ve left.

And of course, in order to stop yourself from going crazy, you remember that, in this day and age, goodbyes are never final or complete. You can soften the blow with a text message the moment you’re round the corner. You can email and Facebook. My mother’s phoning me every day at the moment, which actually feels a bit unnatural – we never used to have this much contact. We were more likely to phone every week or two and see each other every month or two, which suggests that we probably won’t miss each other for quite a while, since we’re not used to tripping over each other every few hours.

And sometimes you even see people again unexpectedly. This first happened with my friend Zan, with whom I said a touching farewell when she went back to New York a few months ago – and whose girlfriend then phoned me a couple of days later, to say that Zan had changed her flight, and did I want to come over for dinner. After the big symbolic emotional farewell we didn’t have the energy for another one, so I think we pretty much just hugged and left after that.

And it’s happened with several other people since, most recently my father. The family farewell was utterly undramatic anyway – we’d strung all the emotion out over the past week, and I was itching to get on the road, and they were desperate to get back into their warm beds.

That was Thursday. On Friday Dad was travelling to Bristol for a meeting on Saturday, so there was a chance we’d cross paths again, but it turned out his train got in at 2pm, long after I planned to have left.

“Em, I’ve cocked up. The meeting was today! I’ve missed it. Where are you now?”

I was about ten miles outside Bristol. He got on his bike, legged it along the A420, and caught up with me just outside Calne. It was hilarious, and wonderful. We rode the last 15 or so miles together, I went and had a shower at the friends’ house where I was staying, he found a B&B, and we watched the sun go down over pints of Wiltshire ale. 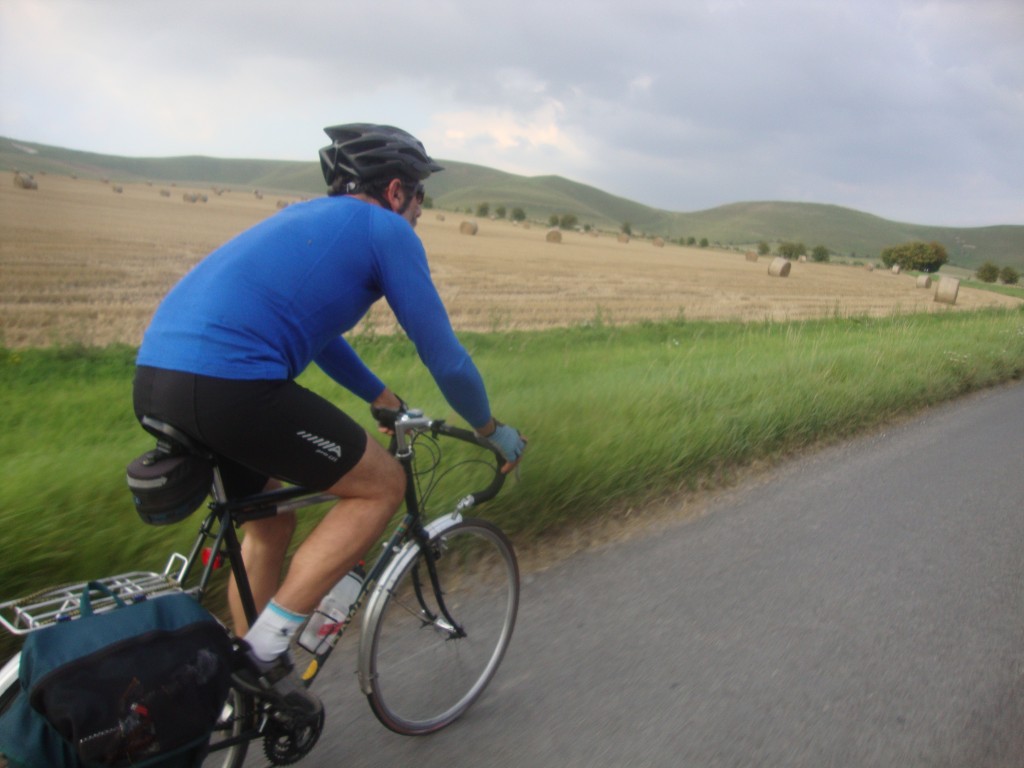 And when it came to say goodbye again, we just laughed and left. We’ll probably see each other again far sooner than we think, after all. 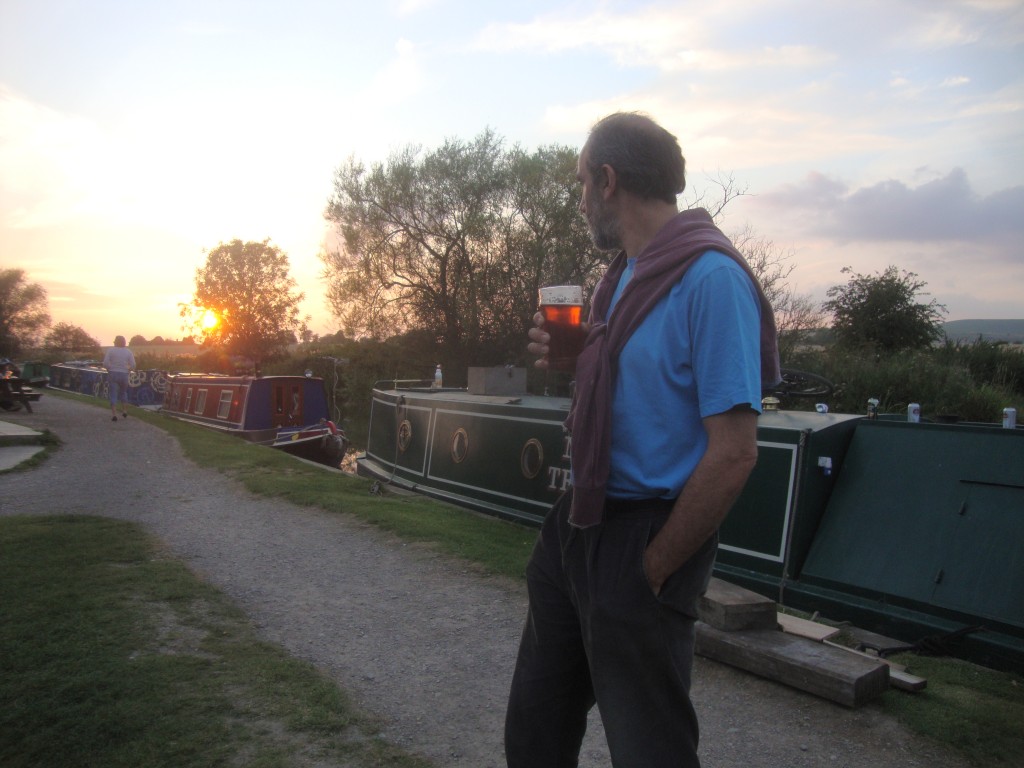